Seeing the salt flats in Bolivia (Salar de Uyuni) was a top highlight of my trip around South America. I went on a 3 day tour from Uyuni to experience the salt flats, not realising there is so much more to see. The landscape in this area is empty, dramatic and unbelievably beautiful.

How to get to & from Uyuni

Buses are a cheap and easy way to get around Bolivia. I’d travelled by bus during the day from Sucre with a change in Potosi. Then took a night bus to La Paz after the tour. There are different bus companies and it’s worth looking for the company with comfortable looking buses – it makes a difference. There are plenty of options to pick from when leaving Uyuni. I was terrible at speaking Spanish but was able to figure out how to take the bus. Consider booking the bus before starting the salt flat tour. 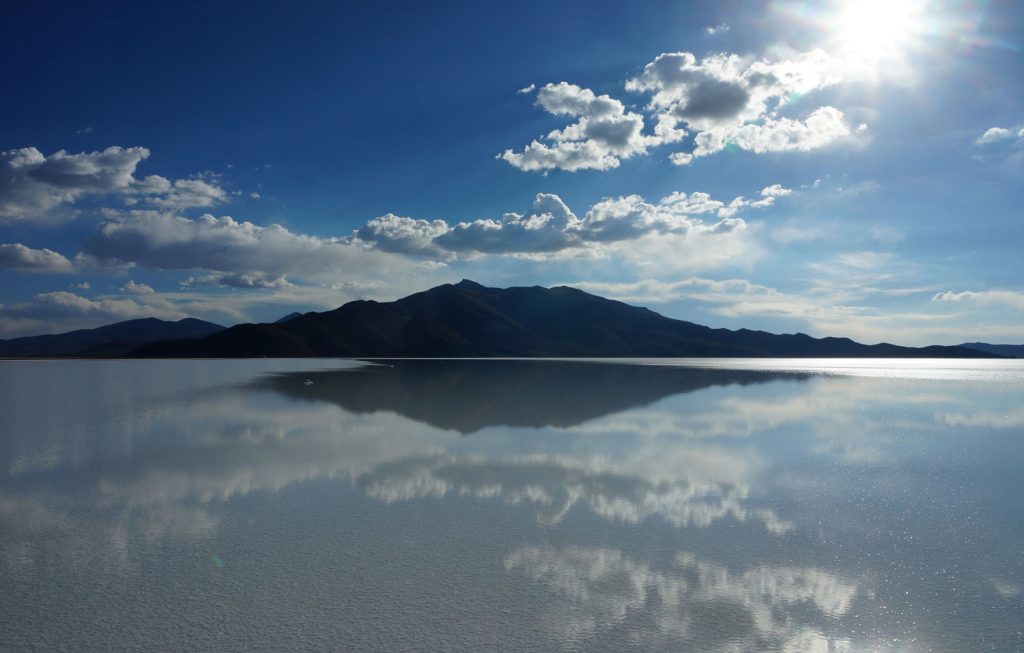 Picking a Tour in Uyuni

Uyuni is the main town for getting to the salt flats. It’s a small town with nothing particularly exciting to do. There is a road with all the main tours next to each other. I’d read beforehand about 4×4’s breaking down on tours and finding companies with good cars. But all the tours were much the same, except for Red Planet which was a lot more expensive and went a different route.

The tour I picked ended up moving me to another tour company anyway! I was being very cautious with my money by this point of my trip. The company said it would be an extra charge to have an english speaking driver. When I found out the other passengers were from english speaking countries, I decided to chance it and see if I got lucky with the driver because of the other passengers. But when I arrived early the next morning, I had been shifted to another car, where everyone was from Chile or Barcelona and only one person spoke a little English.

After my initial ‘what have I done’ thoughts, I ended up really enjoying myself. The others in the car were extremely friendly and went out of their way to make me feel part of the group. It was fun trying to understand each other. Because I was travelling on my own, I was put in the front passenger seat, and found that no-one would swap with me. It became a joke with the driver saying I was his girl. 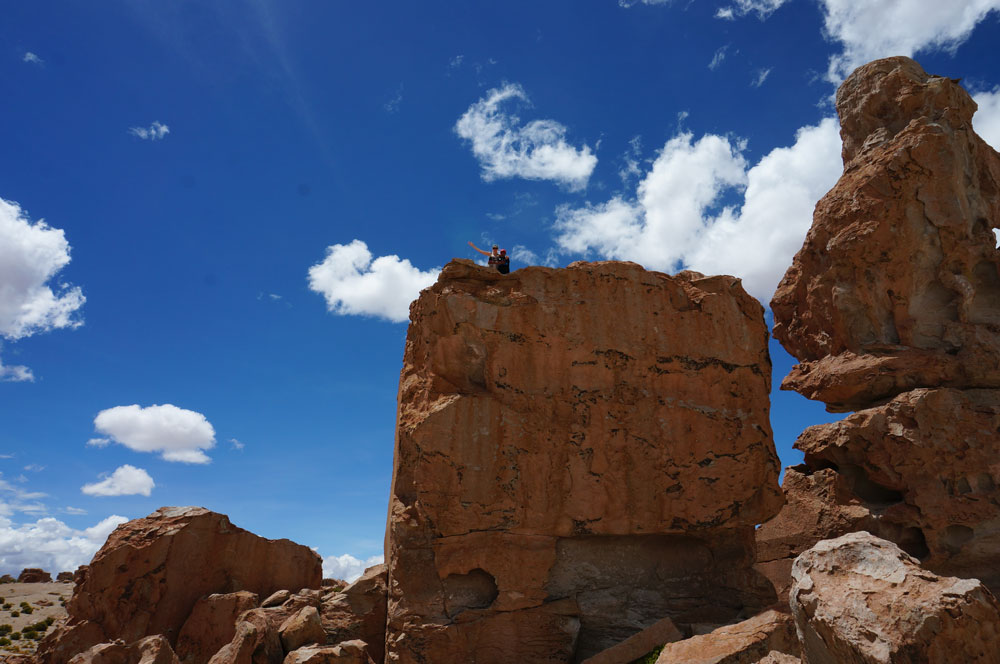 Top of the Hill 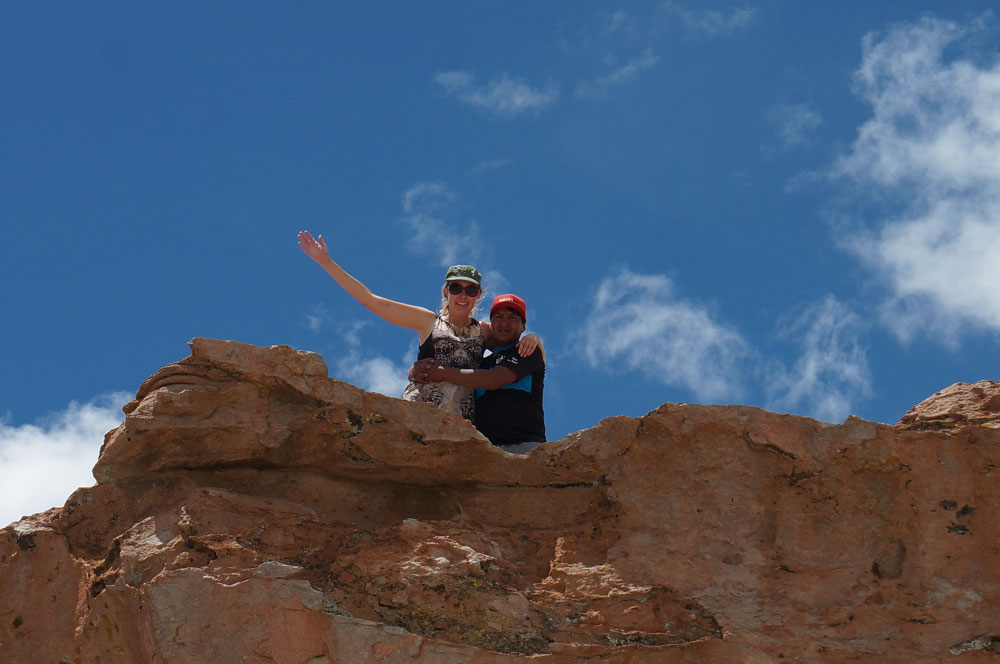 I found most of the tours took the same route, but when you were on the salt flat, everyone spread out. Sometimes the area is covered with water and the reflections are beautiful. I felt very lucky with my visit in March, where there were both dry and wet areas. 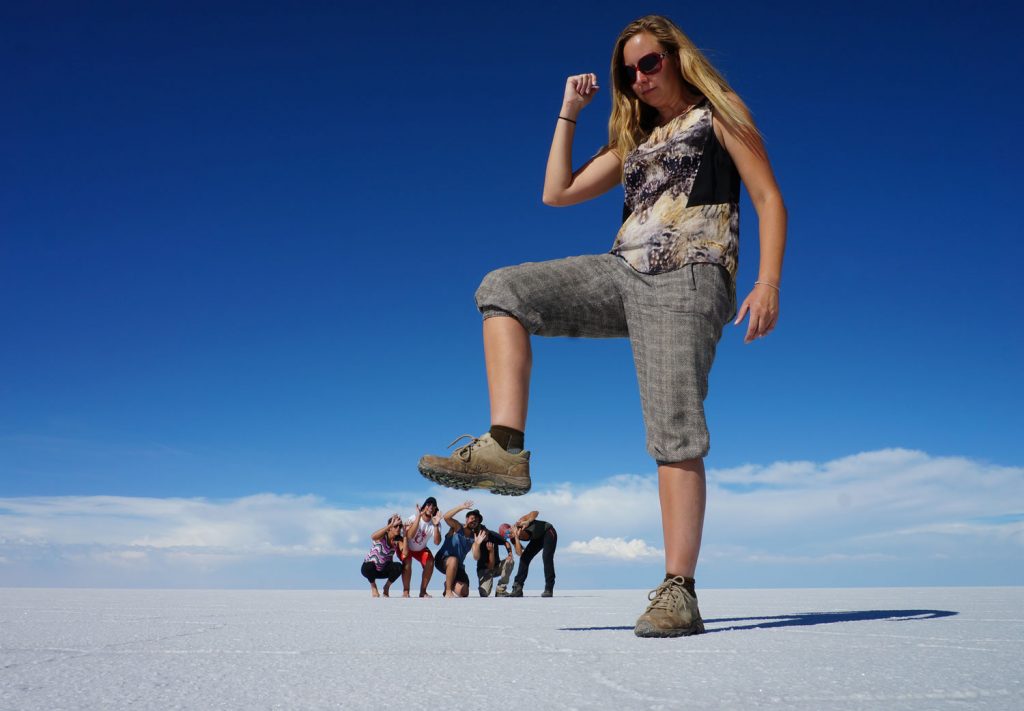 What else is there 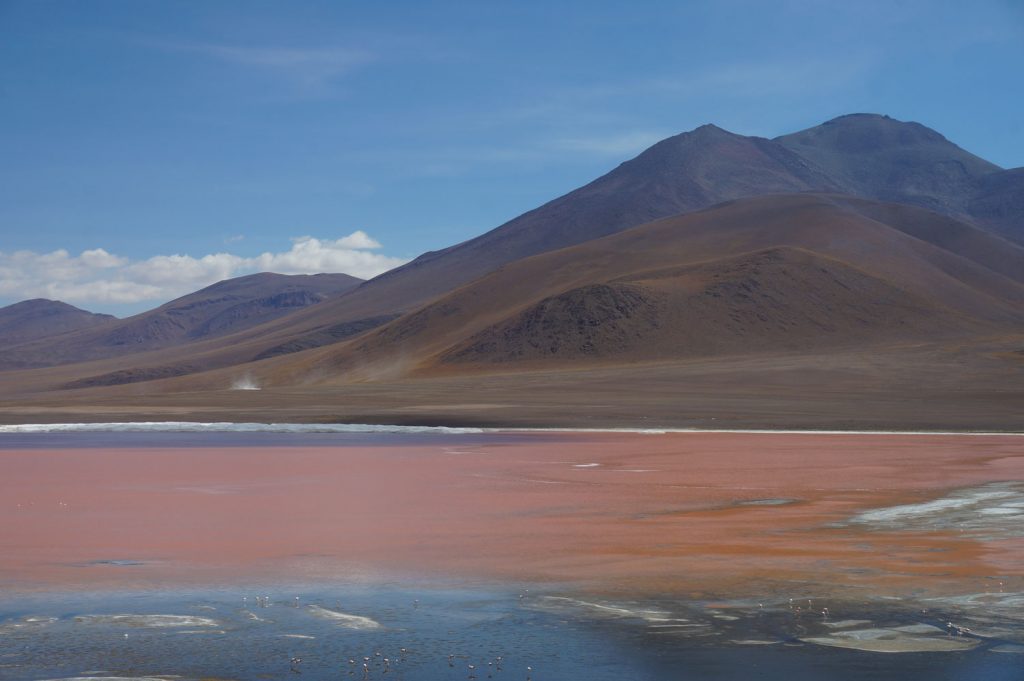 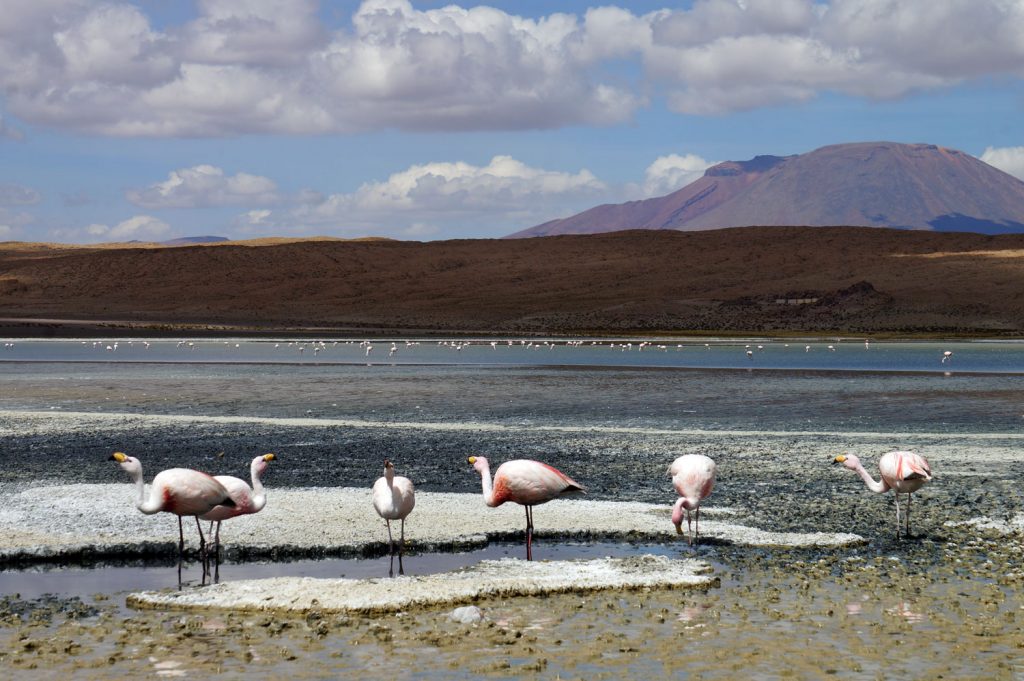 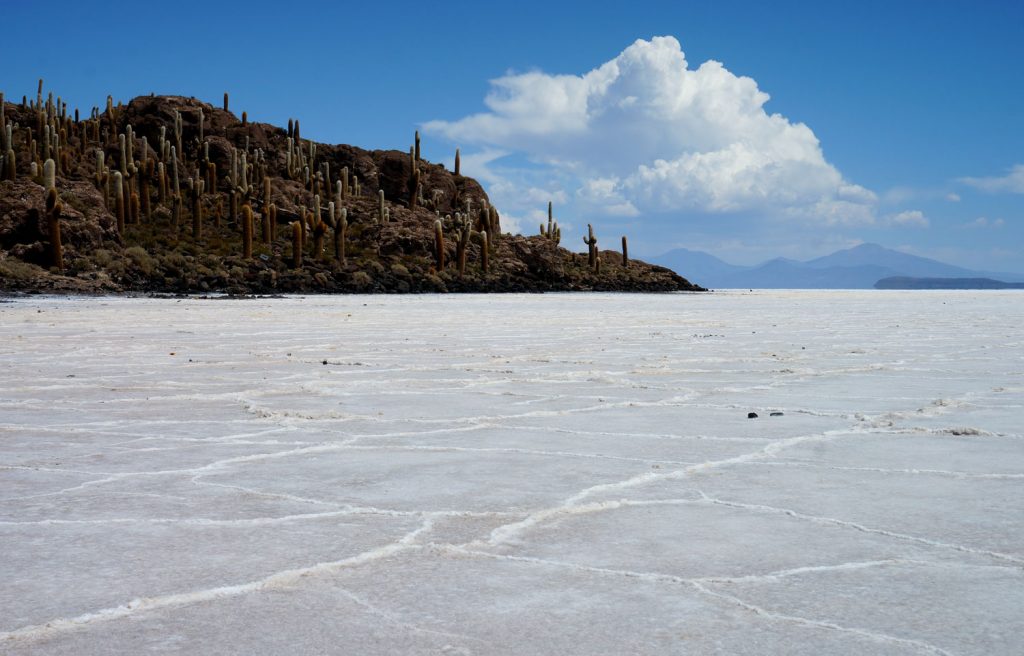 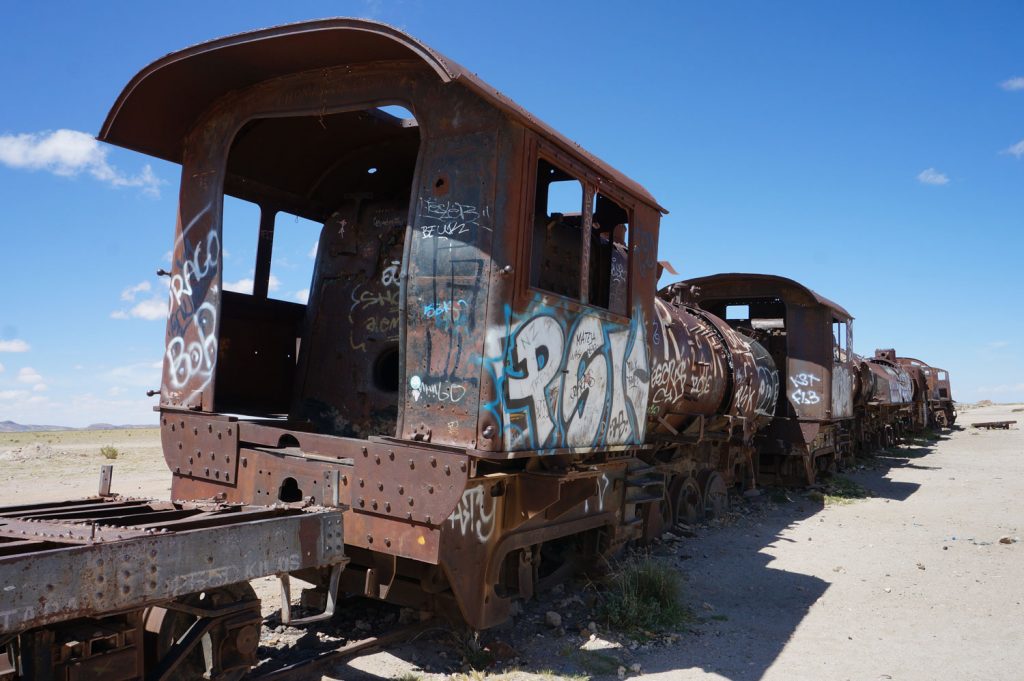 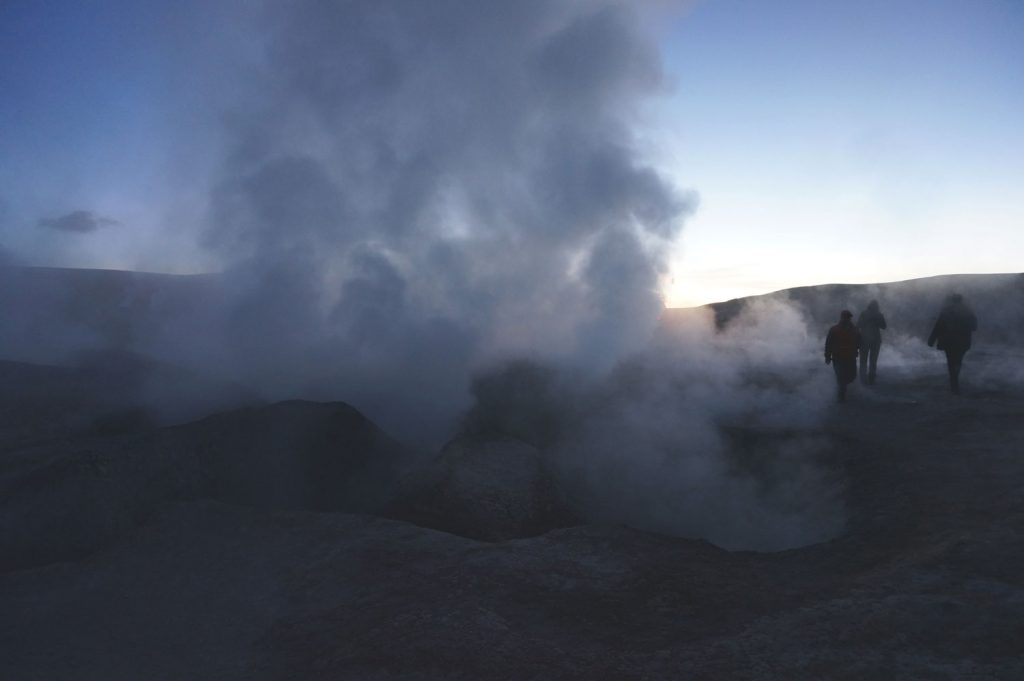 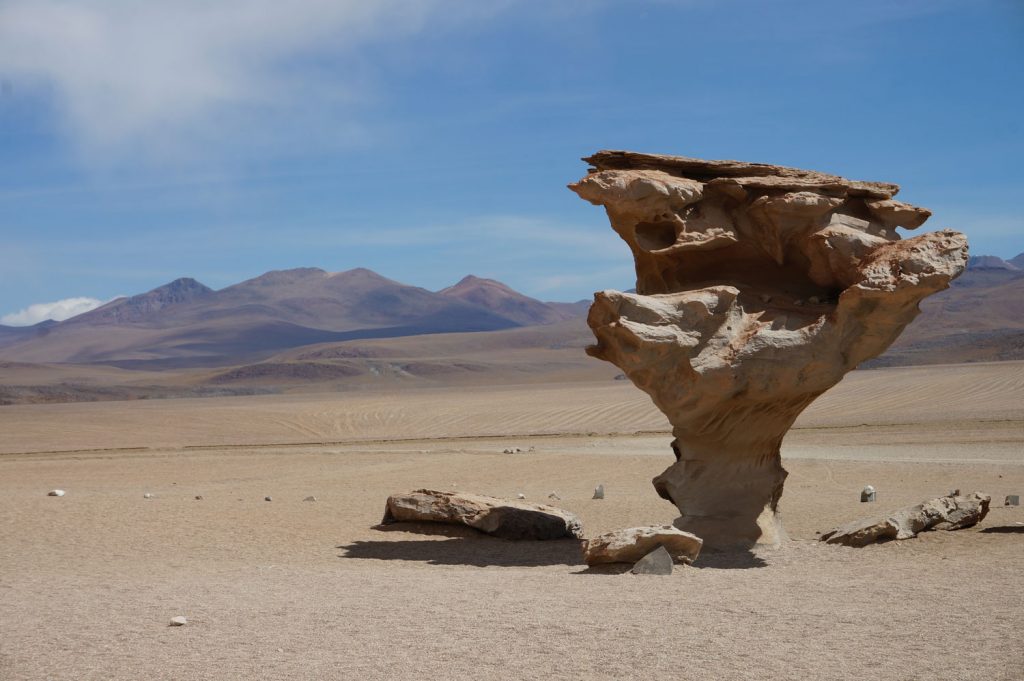 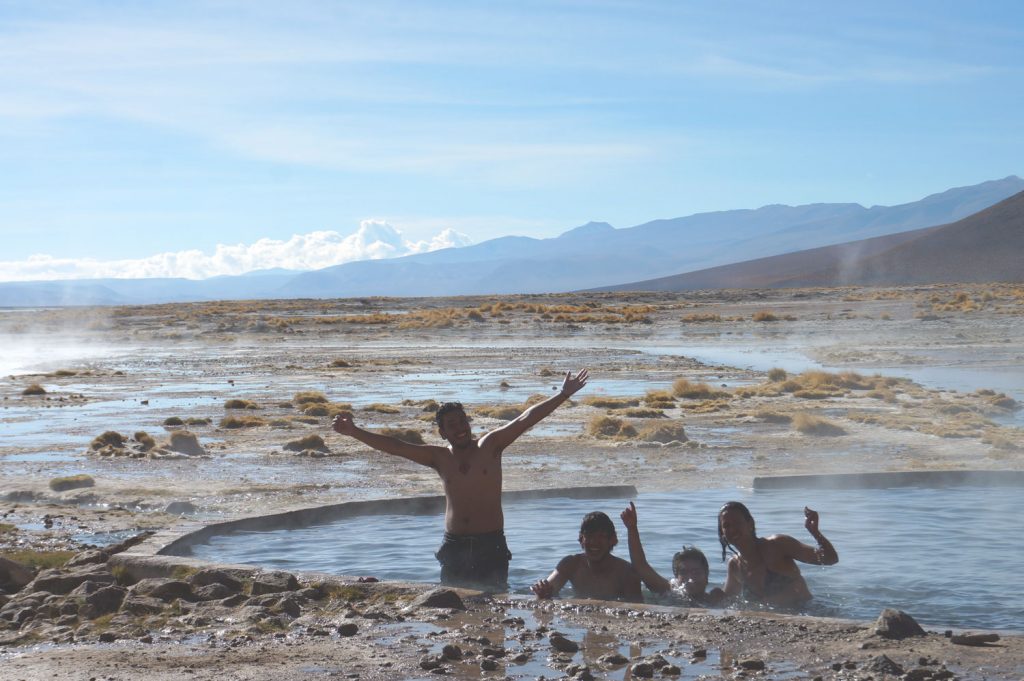 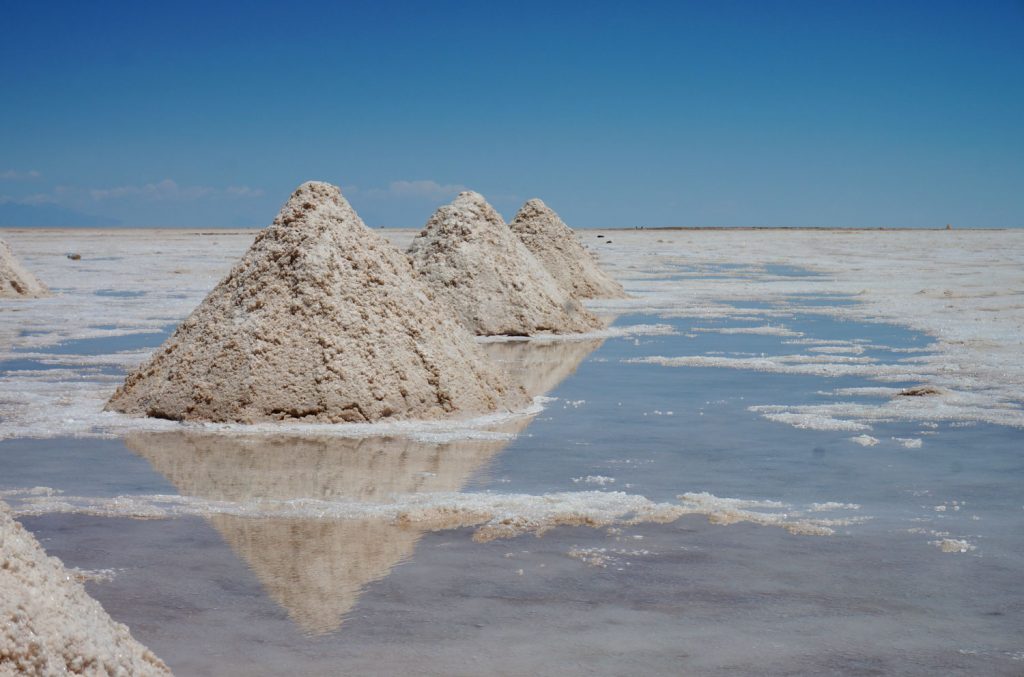 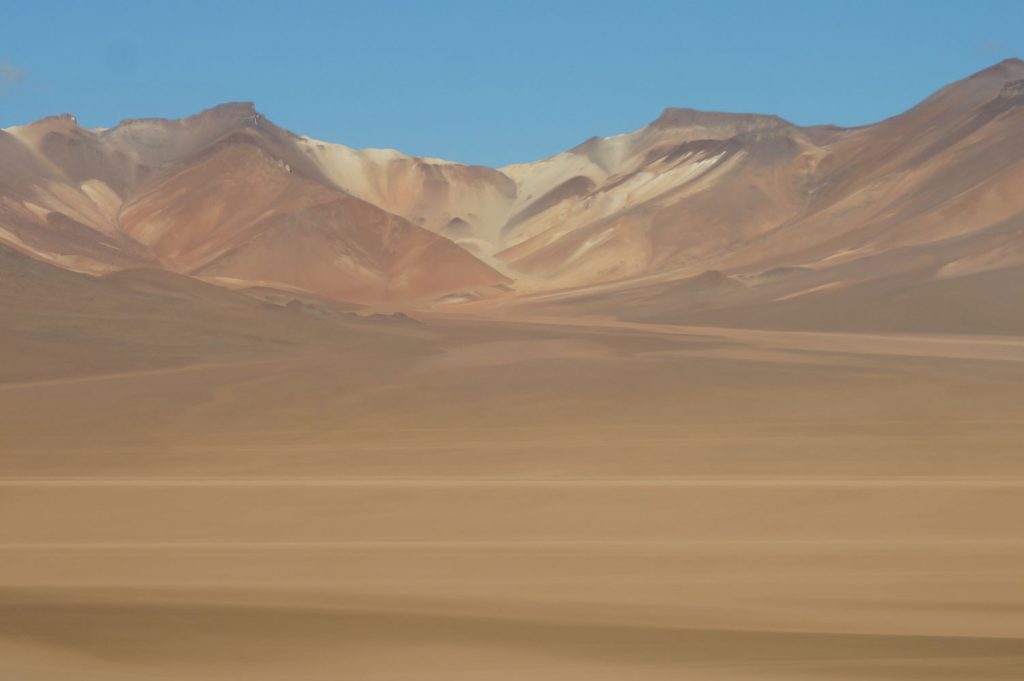 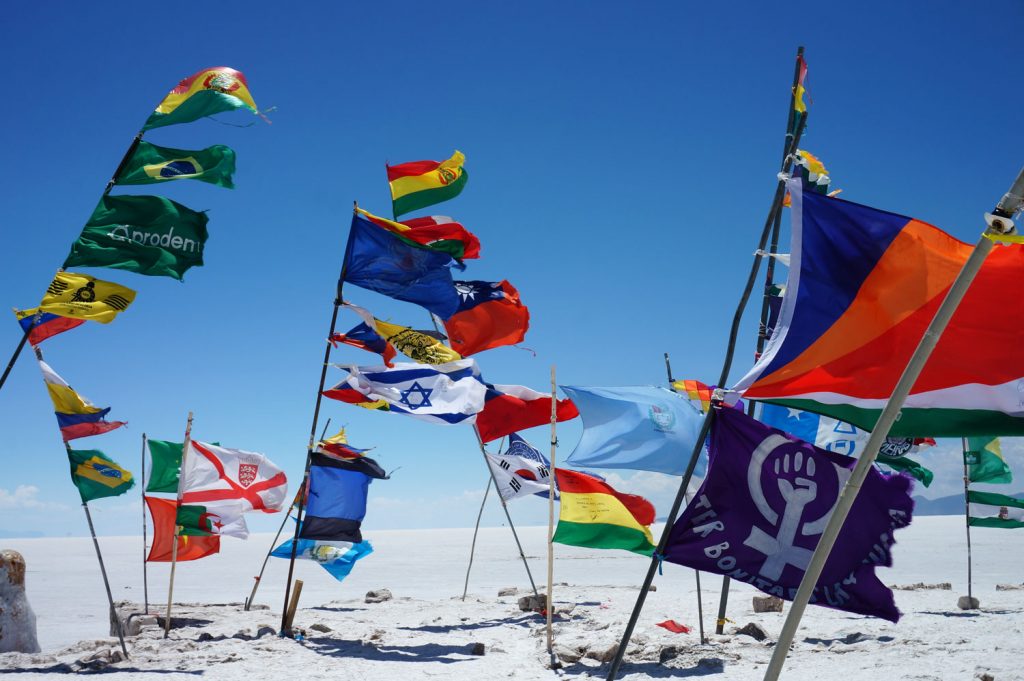 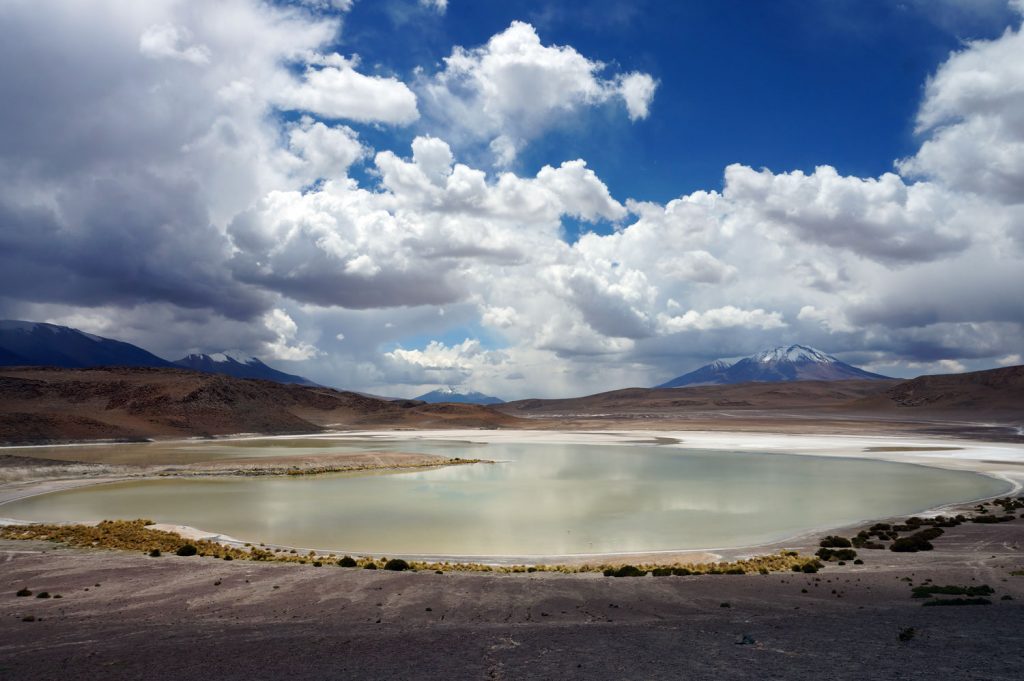 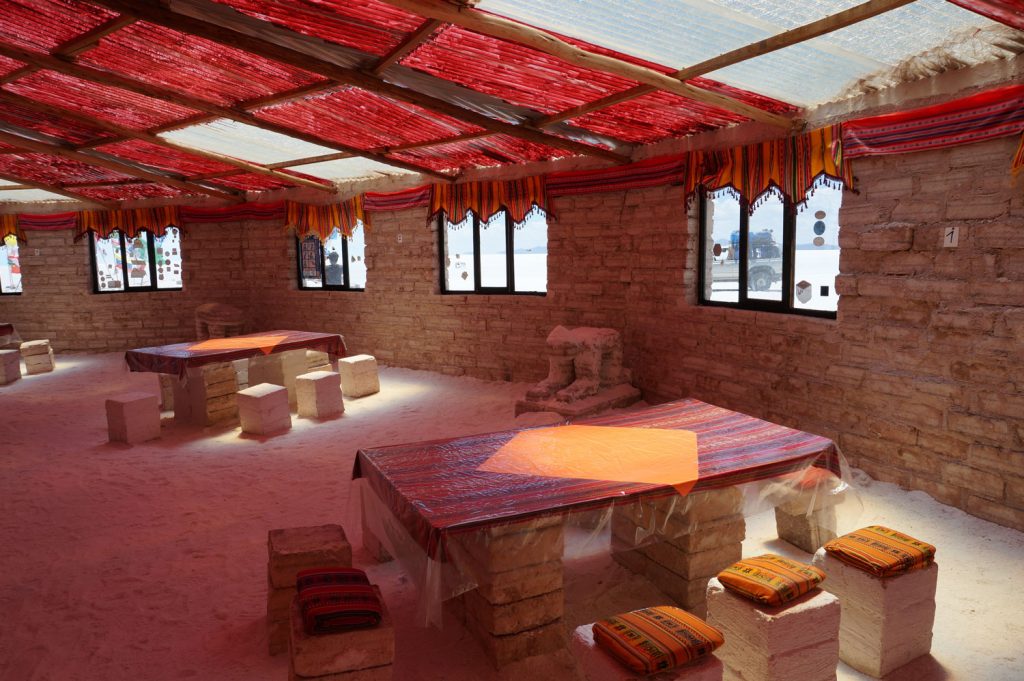 I was completely surprised after the first day as there is so much more than just the salt flats to see. We only spent one day at the salt flats and the rest seeing beautiful lakes, strange land formations, animals and enjoying the geothermal activity.

Experiencing the Bolivian salt flats is a must if you are travelling around South America. I would say it’s in my top 5. South America is a huge country and my four months still felt rushed.

Have you been to the salt flats or want to go? Are there any tips you would add?