What a weekend. I’m exhausted. I stayed in a dark caravan last night.

I’ve been floating back and forth from Auckland to the family home. Working the odd day and trying to save more travel money. I had left my caravan up north until I got a decent chunk of work and staying with friends.

I decided to bring the caravan into Auckland and see what it was like to live in a caravan in Auckland while working.

I managed to pick the weekend with torrential rain. The news talked about the water filtering system struggling from too much muddy water. The drive up north to collect my caravan was stressful. The rain was so heavy, I was struggling to see the road.

Driving the caravan down, the connection from tow bar to caravan was squealing badly. I asked a Facebook motorhome and caravan group what I should do and had many different answers; grease the tow-bar, don’t grease if an English caravan, could be the pads, clean with a dry cloth, use graphite powder, try sanding it, check the bolts, it will fix itself… no idea what to do.

So, I arrived at the Auckland campground in Avondale with plenty of noise. I was given a powered-site which was tricky to reverse into. Very glad I’ve had 3 months practice beforehand. It was right in-front of the kitchen, so I had an audience. Extreme squealing from the tow-bar as I reversed in. It’s like I was yelling, ‘I’ve arrived, everyone, I’ve arrived, look at me!’

Hooking up to the power, the battery seemed fine… then not. It went completely dead. Realised that I should have disconnected the battery while not using it for a month. Kicking myself. Trial and error. Although, to be honest, I have no idea how to disconnect the battery. The control panel started clicking then running down the numbers, before repeating. Nothing was working. I went to bed in the dark.

Other items were also playing up. My cutlery draw just would not open! You push the door catch in, to keep it shut for travelling. It just refused to open. This is were all my cutlery, cleaning gear and caravan leveller are stored. It’s a really handy cupboard! I was staring at it with no ideas on how to get into it.

I also appear to have an ant problem – they have moved in while it was parked up for a month. They swarmed an empty Coke can and I see them in my food cupboard.

Overall a VERY frustrating day and I slept badly. Did not help that this campsite is noisy. Drunk local talking to a European traveller who was obviously trying to get away from him. Then noisy people arriving and yelling to each other across the campsite at 5.30am. 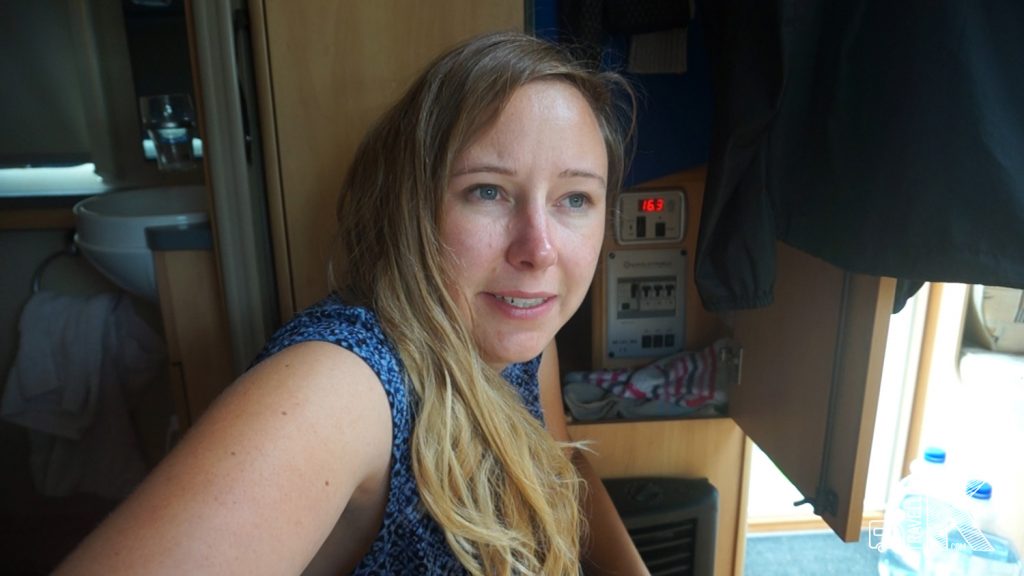 Listening to the control panel clicking

The battery is still clicking with running numbers. I googled to try and find the problem with no success. Really suspect the battery is dead and the battery charger can’t get it going. I txt my mechanic and a friend who is good with electrical items. My poor mechanic nicely txt back, suggesting I contact the AA road service if I was a member... I’m not a member, but rang anyway. It would cost $190 for a call out with 1 year membership included. The tricky problem was knowing if the battery is 12v. I would need to take the battery to a specialist if it wasn’t. Apparently motorhomes and caravan are usually different. I am struggling to learn what mine is. There are no obvious details on the battery or in my manuals.

After my shower, I saw that the battery had stopped clicking and was sitting at 7.5-8v. Half an hour later it was 8.5v. Starting to feel hopeful that it will keep improving.

I talked to my electrical friend, and he doesn’t think it sounds good. Apparently running out of power with a deep cycle battery is a no no. It might, might recover a little, but I’ve probably stuffed it and will need to buy a new one, sigh.

For now, I’m just waiting. Waiting to see if the voltage gets higher.

One positive for the morning was my cupboard randomly opened! Just on it’s own. Looking at the connection, I think the mechanism needs to be oiled.

I was originally planning to stay just one night at a powered site, then move to a non-powered site. It’s painfully expensive for a powered site in Auckland. $50 a night!

If the battery recovers enough, I’ll probably bite the bullet and pay for the powered site all week. There is a large chance that the battery will not last long without being plugged into the power.

If the battery doesn’t recover… I’ll be ringing around on Monday to find someone to either try reconditioning or replacing it. No idea what I’ll do with the caravan… I could possibly park in the non-powered site and make use of the kitchens here. The tricky part with this plan – I’m working tomorrow, so would need to move the caravan before or after work. And the non-powered sites are either on the sloping grass, in the carpark, or down a gravel road where I would struggle to get out again. And I’ll be in the dark at night. Might need to buy a camping torch! baahah 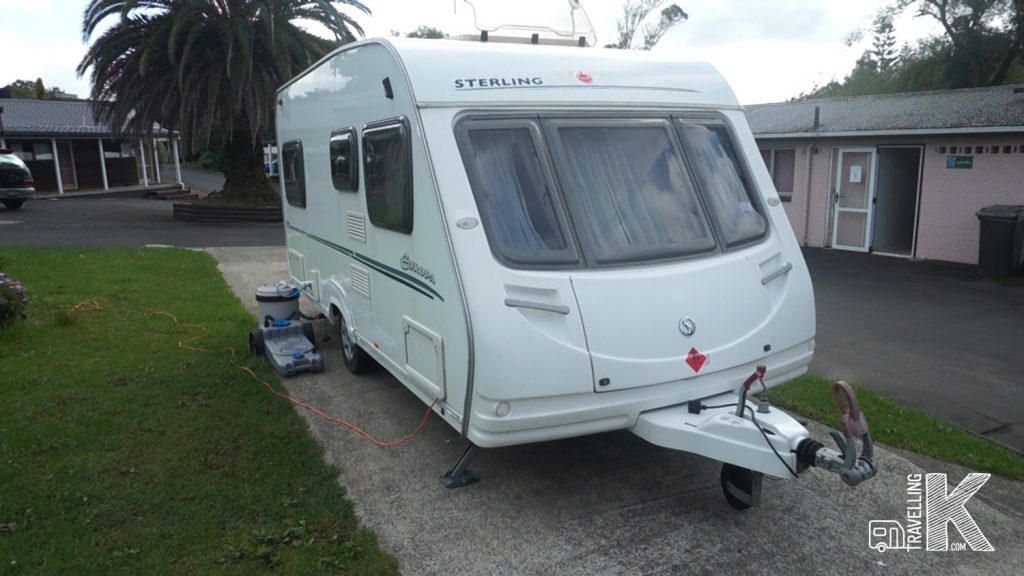 Things are looking better. Around 1pm, the battery made a whirling noise and was suddenly showing 12v on the control panel! I tried a light and it worked. I left the power off for a few hours to be safe, but the fridge and water pump are now running. Looks like I’ll have lights tonight!

I’ve now booked to stay at the painfully expensive powered site for the week. It’s for peace of mind until I learn if the battery is damaged. The positive is, I get a discount for staying so long. The control panel is quite warm. It’s been well used today.

The real test will be when I am running off the battery. I’m hoping to have solar panels added in a few weeks and will get them to check the battery too. What a weekend.

This post was going to be more about finding campgrounds in Auckland… I’ll post more about the options soon. For now – Remuera and Avondale are the most central and the most expensive. I’ve been disappointed by the non-powered sites at both campgrounds as they feel more like carparks. And there is a slightly rougher atmosphere mixed in with the retirees and European tourists. One guy got verbally abusive this morning when told he was past his checkout time.

I’m very curious to stay at the other campsites further out of Auckland and see if they feel the same. I’m planning to move further south this weekend and will keep you posted.