What is there to see in Western Australia?

Western Australia is a large and empty part of Australia that feels very separate from the rest of the country. It’s actually closer to Bali than it is to the eastern states. I think of Western Australia as vast with red earth and intense blue skies. Yes, the odd crocodile or big spider, but that’s what makes it the real Australia. It’s a stunning area lacking the hordes of tourists.

This is a video I made a few years ago with a combination of footage from different people. My plan was to visit a friend in Broome and decided a tour from Perth was the most interesting way to get there. I had planned to go the year before with a friend in a car, but at the last minute, the trip changed to Vietnam and became my Holiday of Accidents. For my next holiday, I decided nothing was going to stop me from reaching Broome this time!

Top spots along the coast 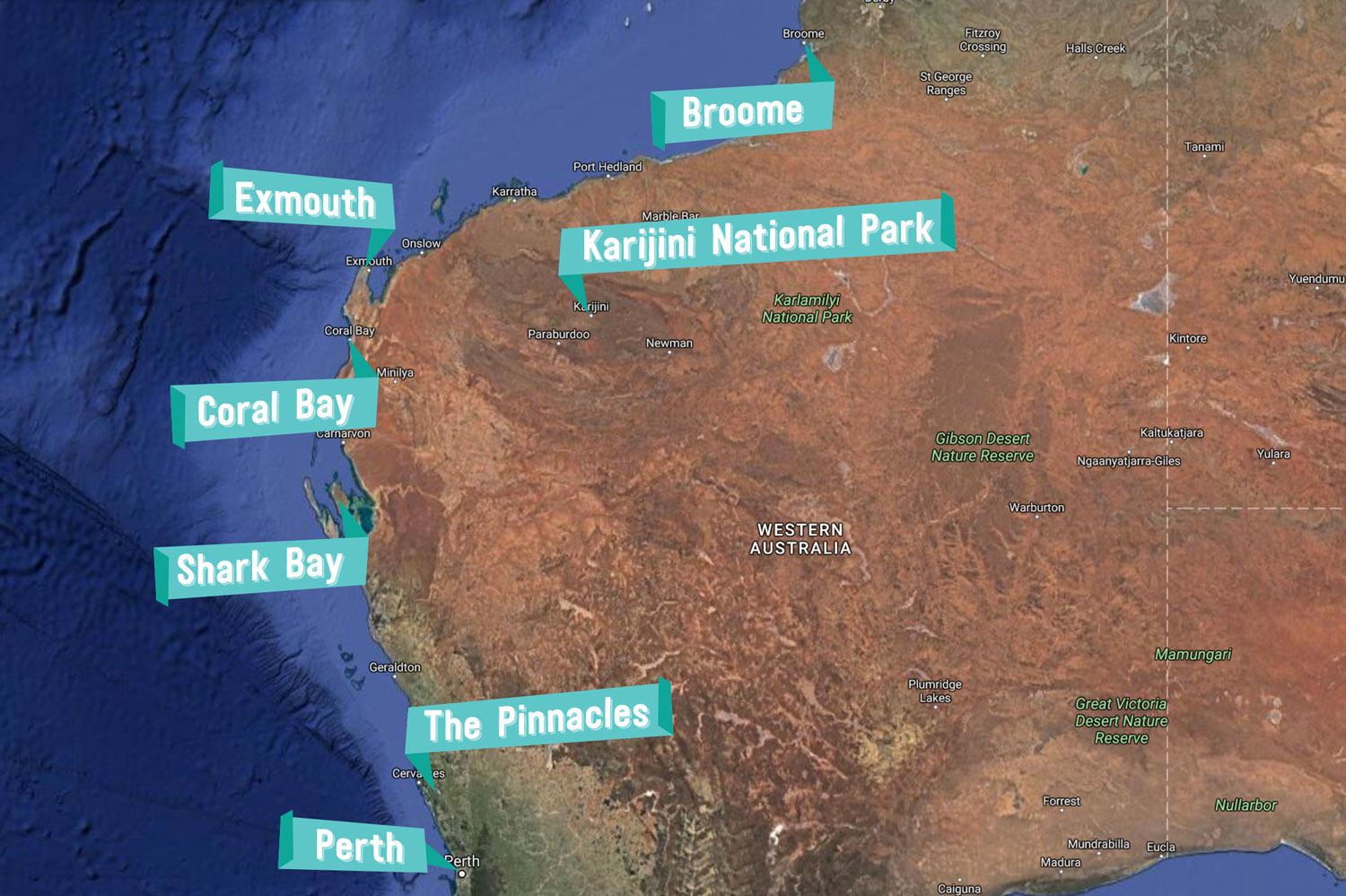 The main city in Western Australia – its spread out with lots of beaches and is the starting point for many travellers. Fremantle is definitely worth a visit with its markets and trendy cafe’s. Rottnest Island is on my travel wish list as it’s full of Quokkas – adorable little marsupials.

The Pinnacles in Nambung National Park 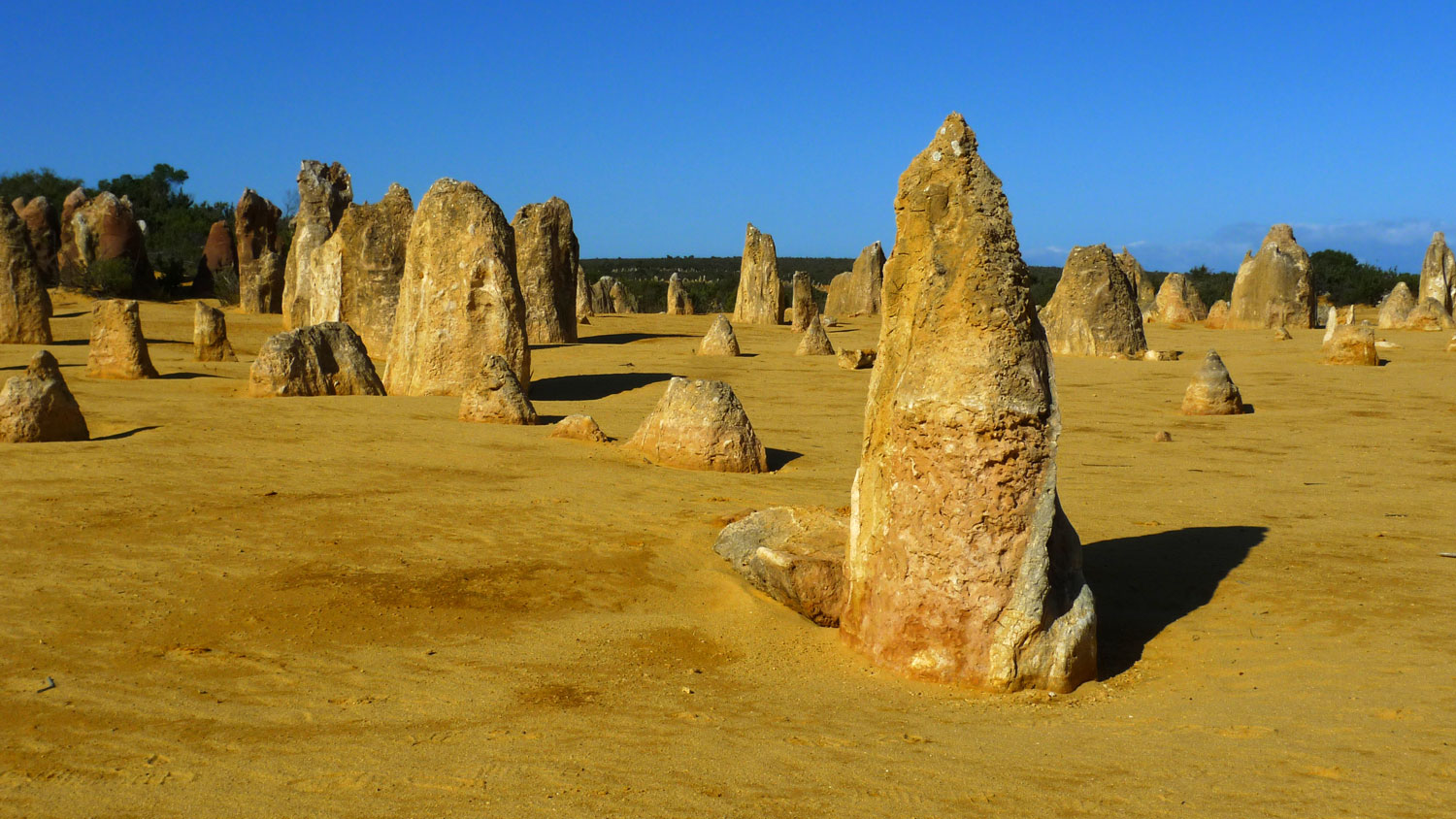 The Pinnacles in Nambung National Park

Drive 2.5 hours north of Perth to reach these limestone formations. They look like they belong in a sci-fi movie.

More about observation than adventure activities, Sharks Bay area is about dolphins, Shell Beach and marvelling at natures weirdness with stromatolites at Hamelin Pool. 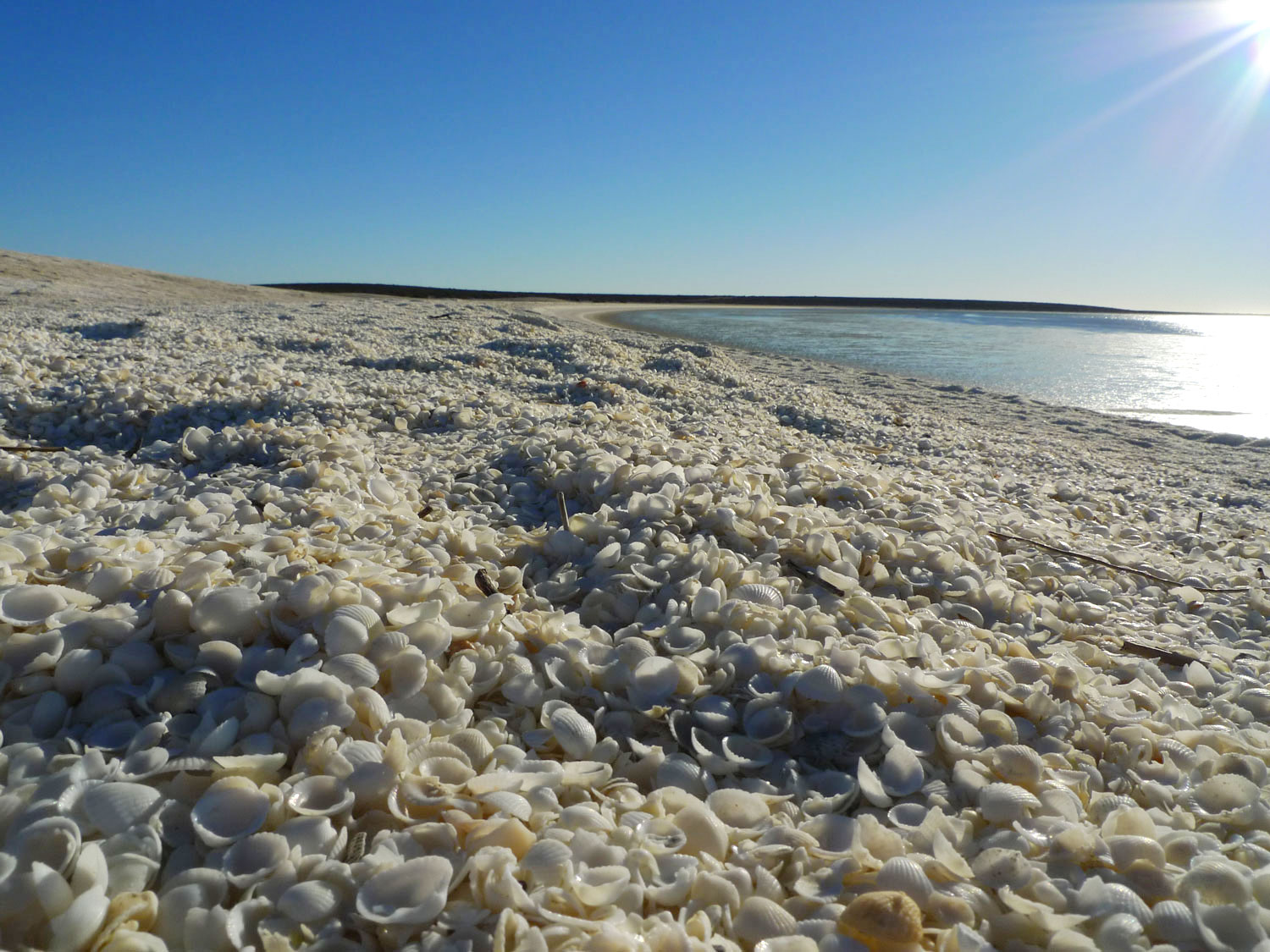 Watch the Dolphins being fed with random people picked from the crowd. They are careful to not let the dolphins in the area become reliant on human help. Plan visit around feeding times.

Exactly as its names – lots of shells. It’s apparently one of only two beaches in the world made entirely from shells.

If you have limited time, this is the place to go. There are plenty of activities, from swimming with whale sharks or manta rays, beautiful beaches to rugged national parks. 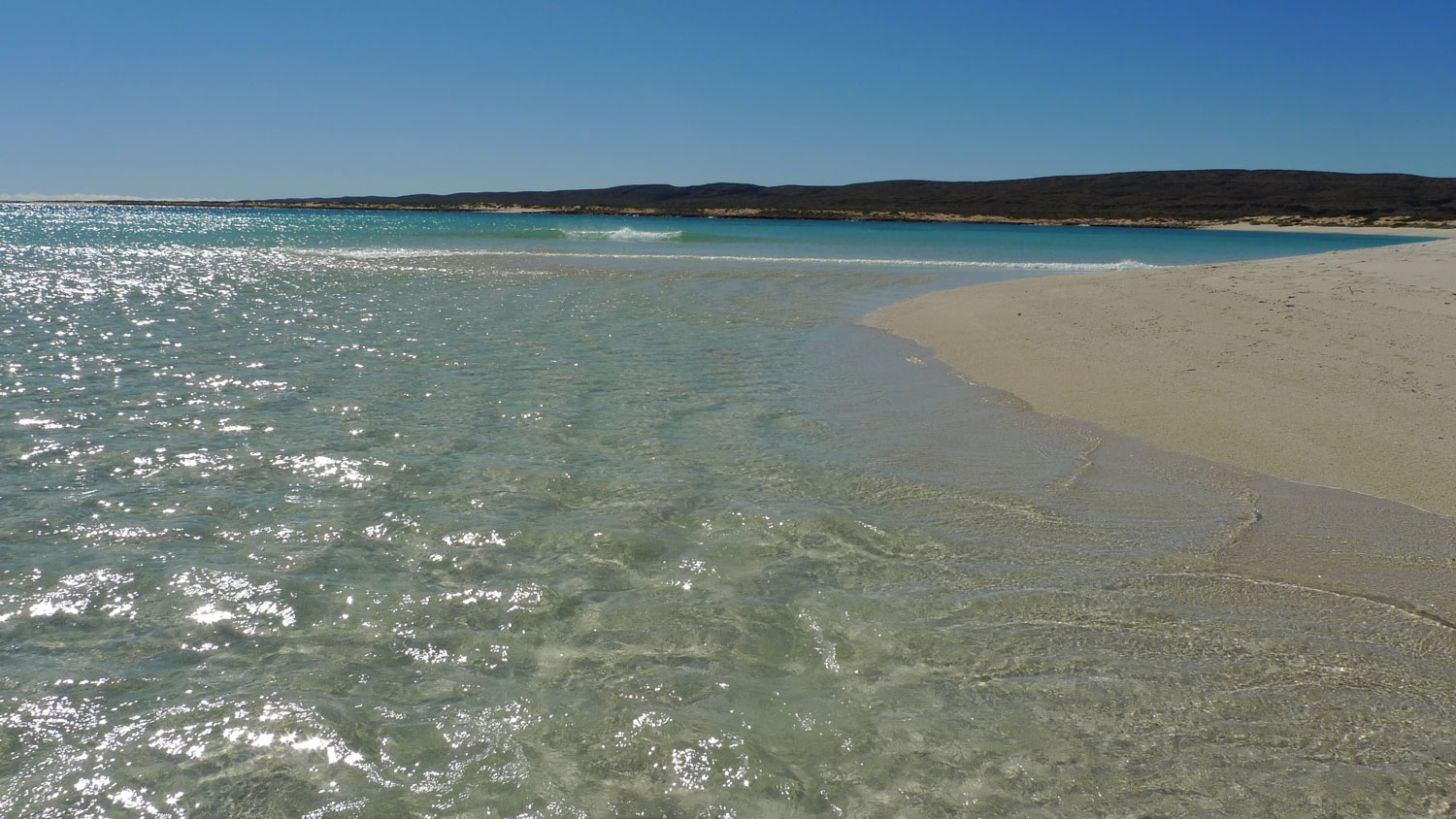 This is the main town to fly into and a good base for activities to the Ningaloo Reef, Turquoise Bay and Cape Range National Park.

A smaller tourist town with access to Ningaloo Reef and close to a reef shark nursery.

World Heritage-listed Ningaloo Reef is a large protected area all around Exmouth and Coral Bay. Perfect for snorkelling or diving. Whale shark tours are from March to June and go from both Exmouth and Coral Bay. Well worth the price to see them as they are crazy big but only eat plankton. Swimming with the giant manta rays is an option all year. The reef has over 250 species of coral and 500 species of fish, so plenty of wildlife to see underwater.

My favourite place – wade into the water at one end of the bay and let the current drift you over coral and sea-life. You might be lucky to see turtles, octopi and small sharks all just off the beach. Talk to a local about finding where to enter the water and hire or buy snorkelling gear before arriving at the bay. 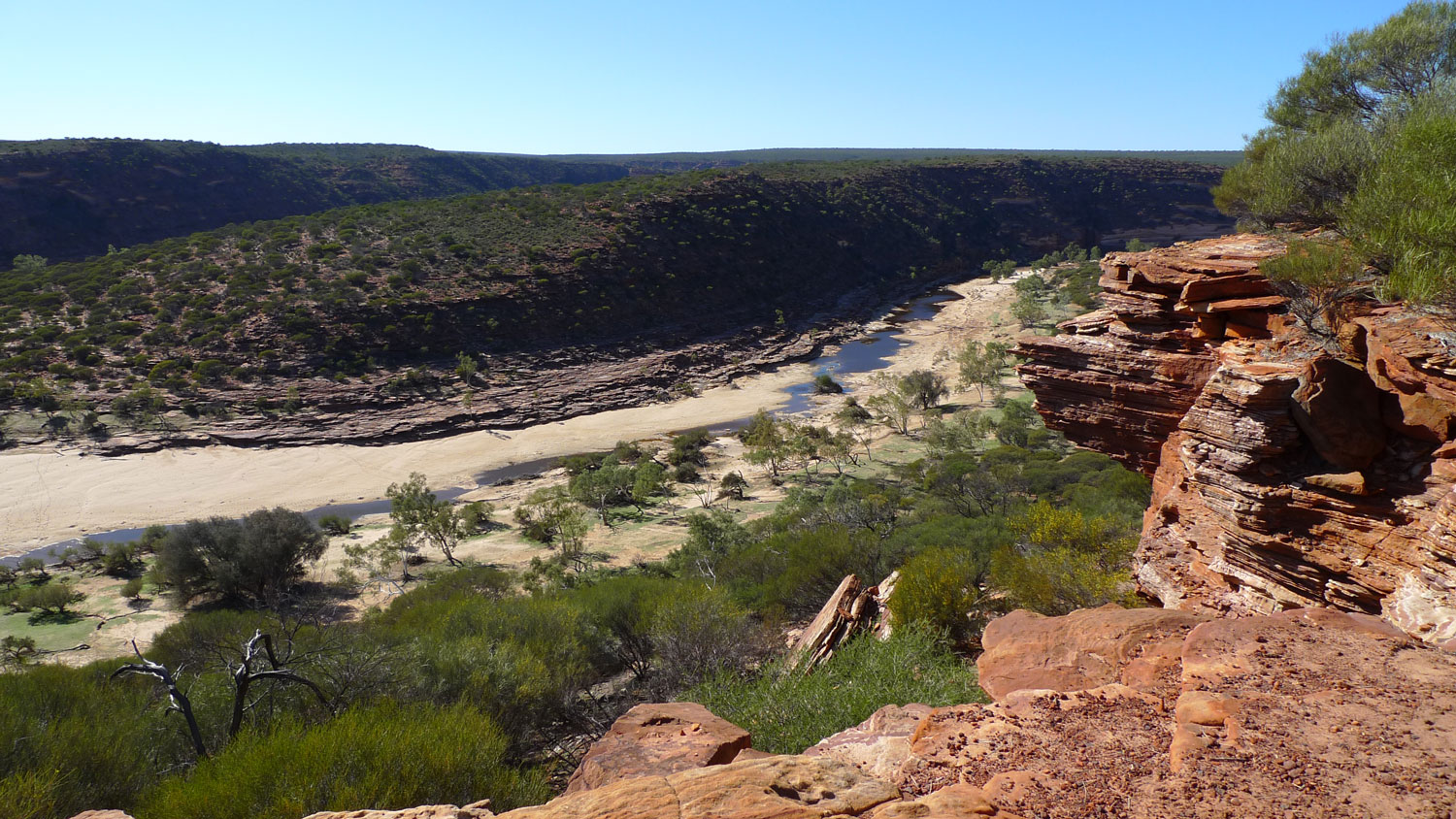 This park is how I had imagined the whole of Australia to look like before I visited, with red rocks and a harsh landscape. There are plenty of walks with some great spots overlook the grand landscape. 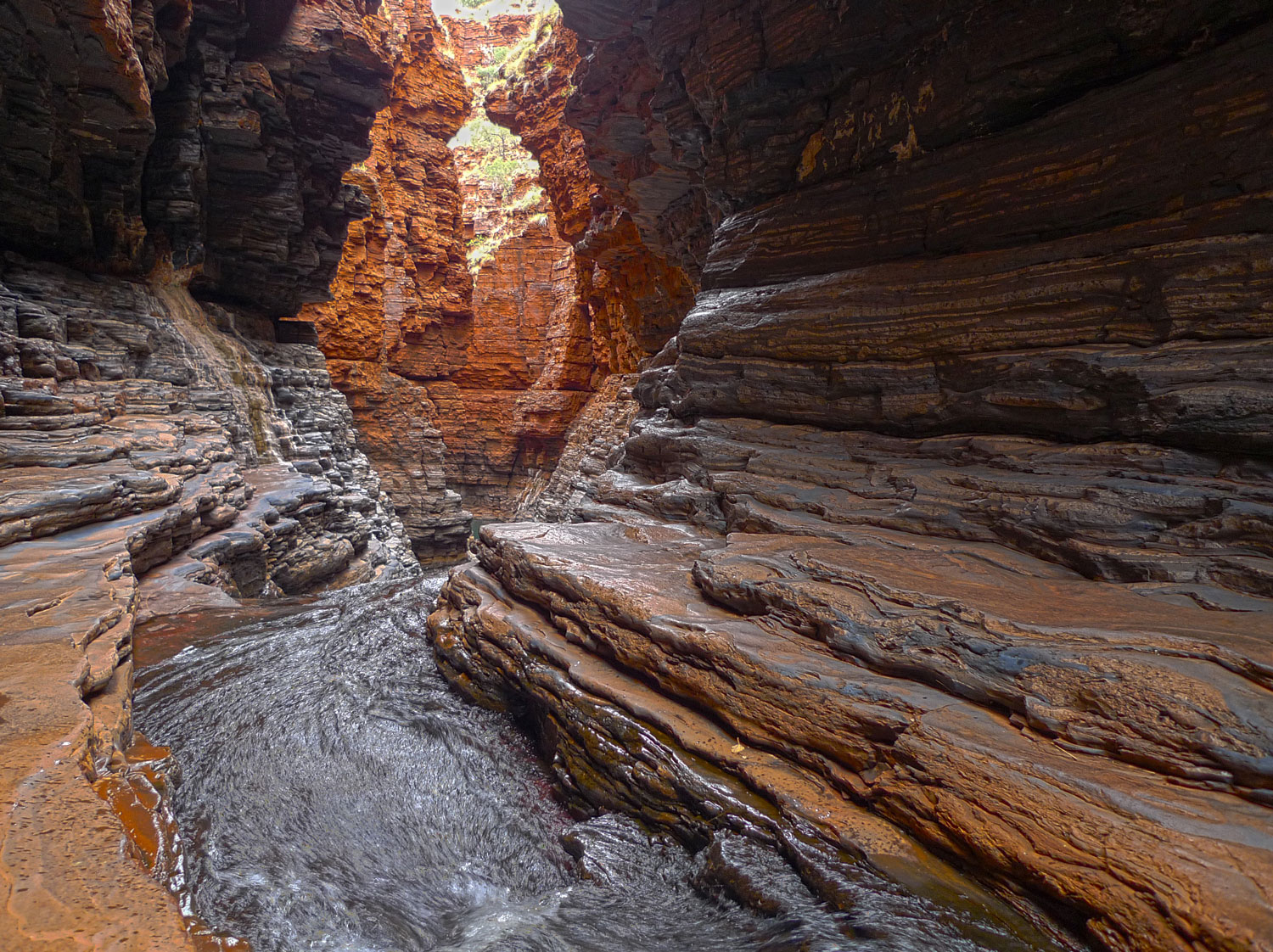 A sacred area to the Aborigines and it does feel very special. To be bold – it is one of the most beautiful parts of the world! There are many different walks along gorges to stunning rivers and pools and the red rock formations are truly unique. Tricky to reach with a red dusty road and limited accommodation, but well worth the hassle. Check the best time of year to go as the weather can be either too wet or hot.

People visit Broome for it’s warm winter beaches or as a starting point to explore the Kimberley area. There are large Aboriginal communities in the surrounding area and it has a curious history about Japanese pearl divers. There are a few good bars and restaurants in the town, but look out – the local men have roving eyes.

Western Australia might feel too “out of the way”, but that’s what makes it worth the effort – less tourists and a feeling of discovery. It makes you realise how big Australia truly is.

Have you visited Western Australia? Any tips to add?