I’ve learnt that there are ALWAYS things breaking or needing maintenance in an RV. I’ve got a list of little jobs still to do – the broken door latch, adding another cutlery draw, adding grease to joints and more.

This week I was able to tick off two items – the toilet and mould issues.

My toilet cassette has been leaking for months. It would be fine until tipped sideways to carry or when emptying the waste. It was in a weird place too, on a small section which I still don’t know what it does. 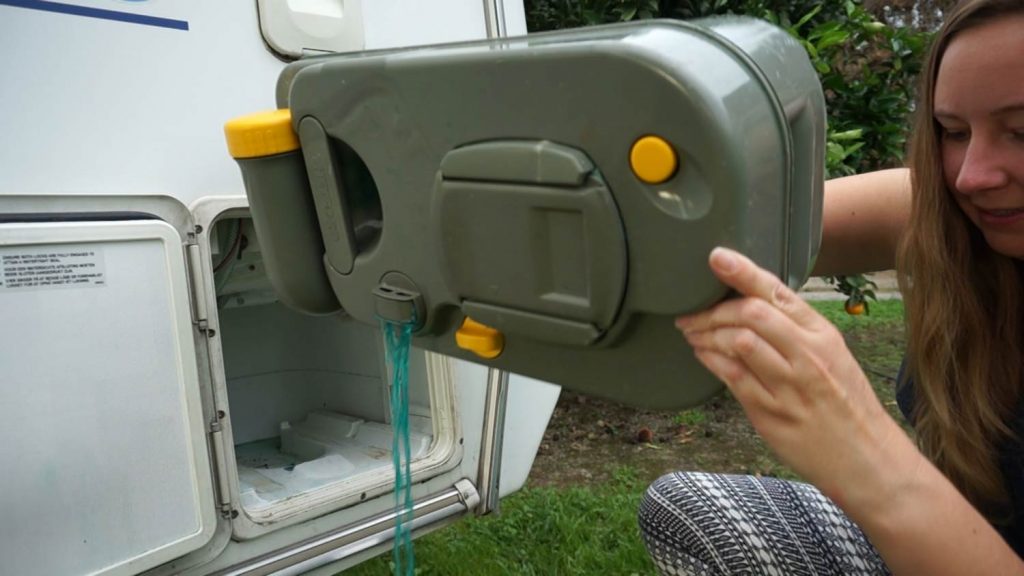 I’ve been procrastinating about buying a new one because they are about $300 each, so I’ve been putting up with the leak.

Moving the toilet cassette started requiring me to keep it flat and definitely gave me a muscle workout. I also accepted that it was going to be messy emptying at the dump stations.

When I visited the Covi Motorhome, Caravan & Outdoor Supershow, I talked to the Thetford stall. Turns out there is a filter under this mysterious button that could be replaced for $30. Then I saw that their new toilet cassettes had wheels! With the expo discount included, I was sold. Who wants to fiddle around fixing messy cassette filters and seals when I could get a brand new cassette with wheels.

If you are interesting in getting a new toilet cassette in New Zealand, contact the wholesaler Lewis Gray at sales@lewisgray.com 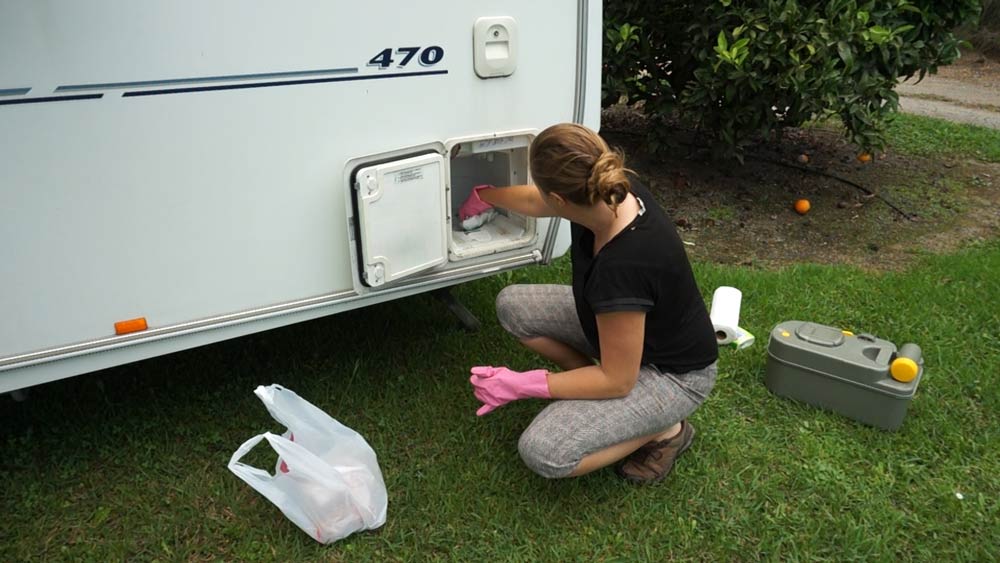 Needed a clean inside

This has been slow happening since I bought the caravan. There are some amazing large windows on an angle at the front of the caravan. It does cause it to become a bit of a sunroom. The fake wood windowsill started to slowly curl away.

Then over summer I kept the windows on the second latch so a tiny bit of air could come through while still being secure and locked. Because these windows are on an angle and we sometimes get horizontal rain in New Zealand, I think water was getting in and sitting on the windowsill without me being aware. 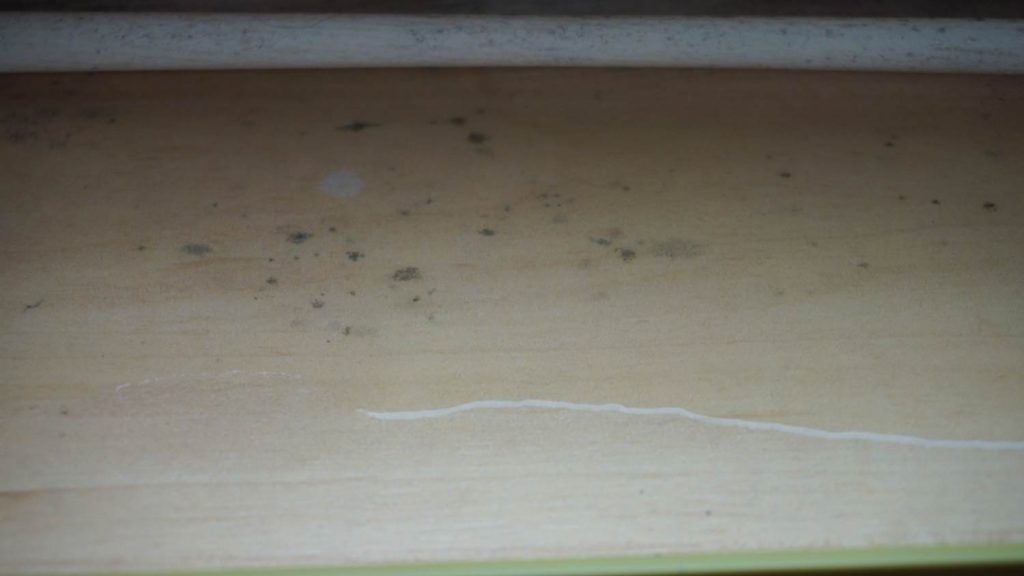 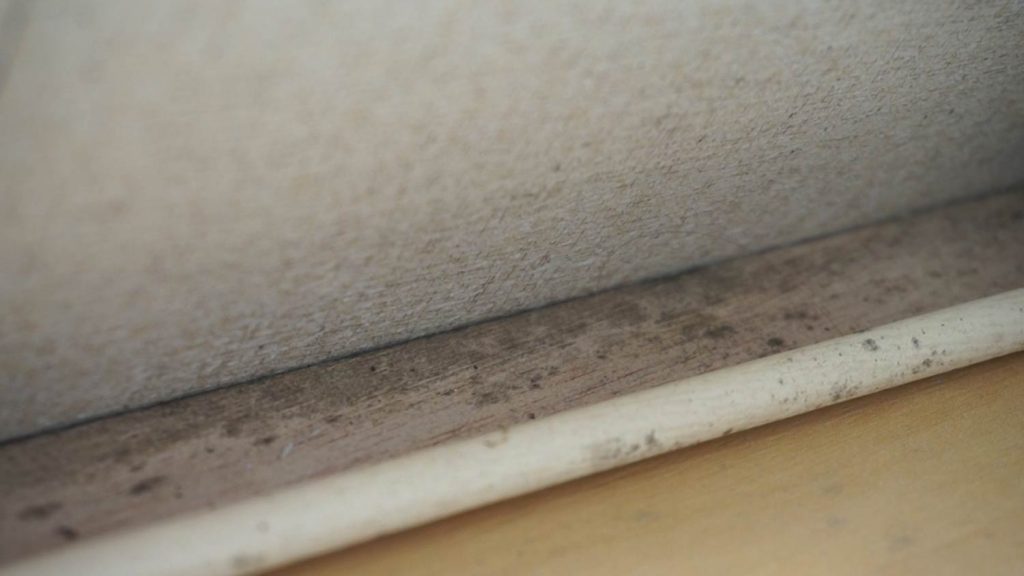 I eventually noticed when there was some mould. I took mould cleaner to it and have kept an eye on the area since. But curling fake wood with the odd bleach spot wasn’t a great look.

Mitre10 hardware store sold test squares of lino and I cut some to fit the space. Because the lino tiles are thick, they are sitting really well and have completely flattened the area.

Plenty of people have asked if the caravan gets mouldy. There’s a van blogger I follow who always has condensation and mould problems in winter, but I didn’t seem to have any issues with my caravan. I’m hoping this is it and my problem has been solved. 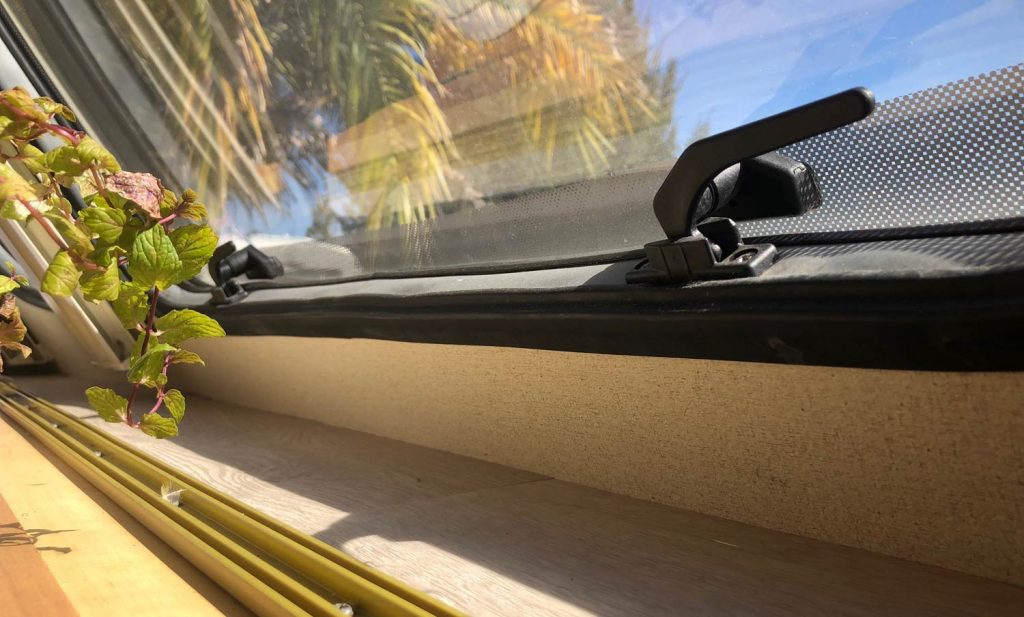 What’s on your to-do list? How do you deal with mould? Would you be able to handle a toilet cassette? I’d love to hear in the comments below.

How do I afford this caravan lifestyle?

Cleaning the Inside of a Caravan

Cooking Meals in a Caravan Kitchen