Have you considered moving to Auckland? There’s always a lot to take onboard when moving countries. I was born in Auckland and having lived in other countries, can see what you will find helpful.

Auckland has the population of only 1.4 million people in a country of 4.6 million. It became a super-city in 2010 and if you drive an hour north, you are still in Auckland. It is the largest city with unfortunately most of the jobs. It sits at the narrowest part of the country, where you can easily drive from the wild west coast to the east coast to enjoy it’s numerous beaches. 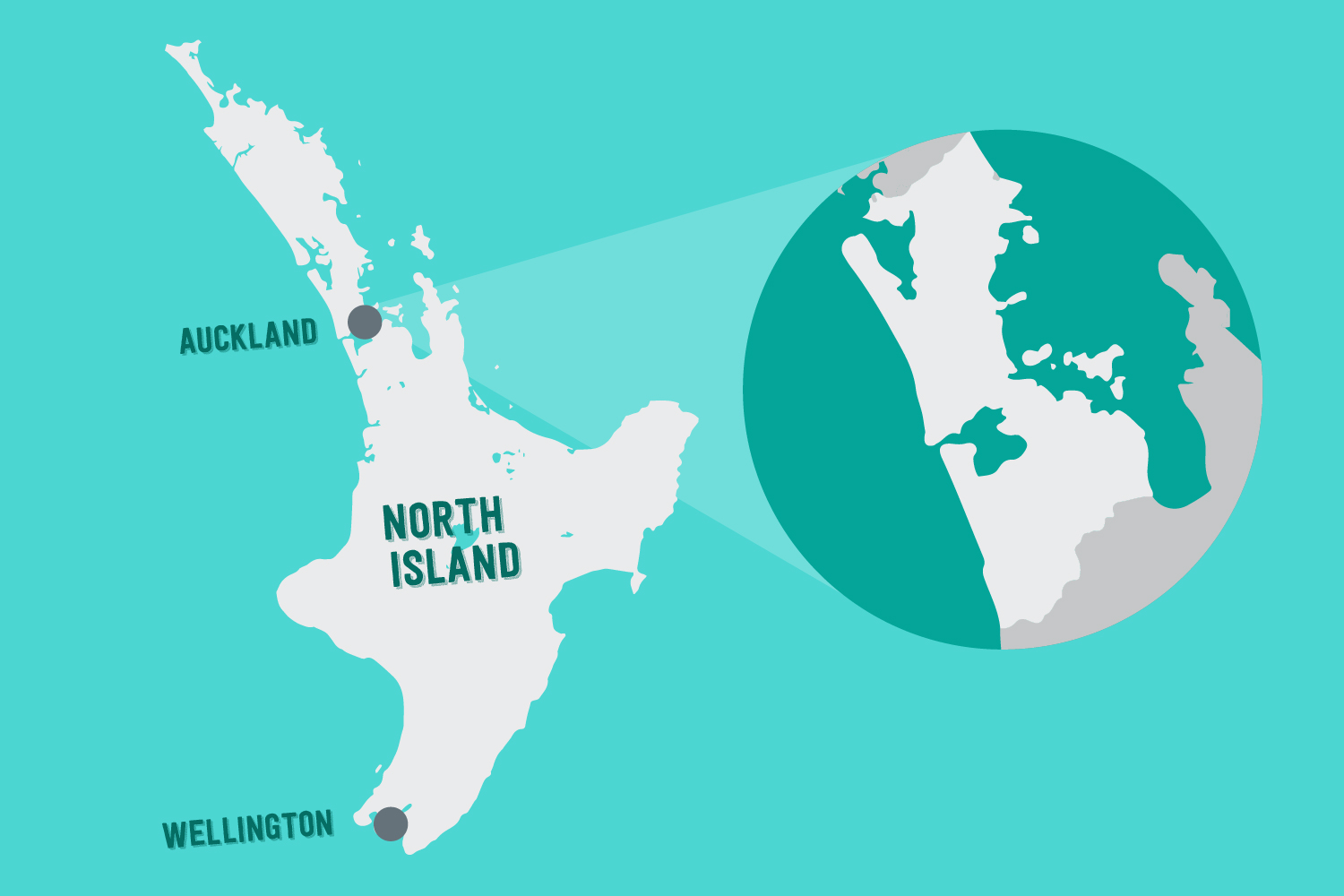 The city centre is by the water and port with a lot of the corporate companies and universities based there. The city is divided into central, north shore, west, south and east. The main highway going from north to south, through the city centre and can get busy. There are two other motorways – the south-western (20) and north-western (16). Soon the south-western will join the noth-western motorway. 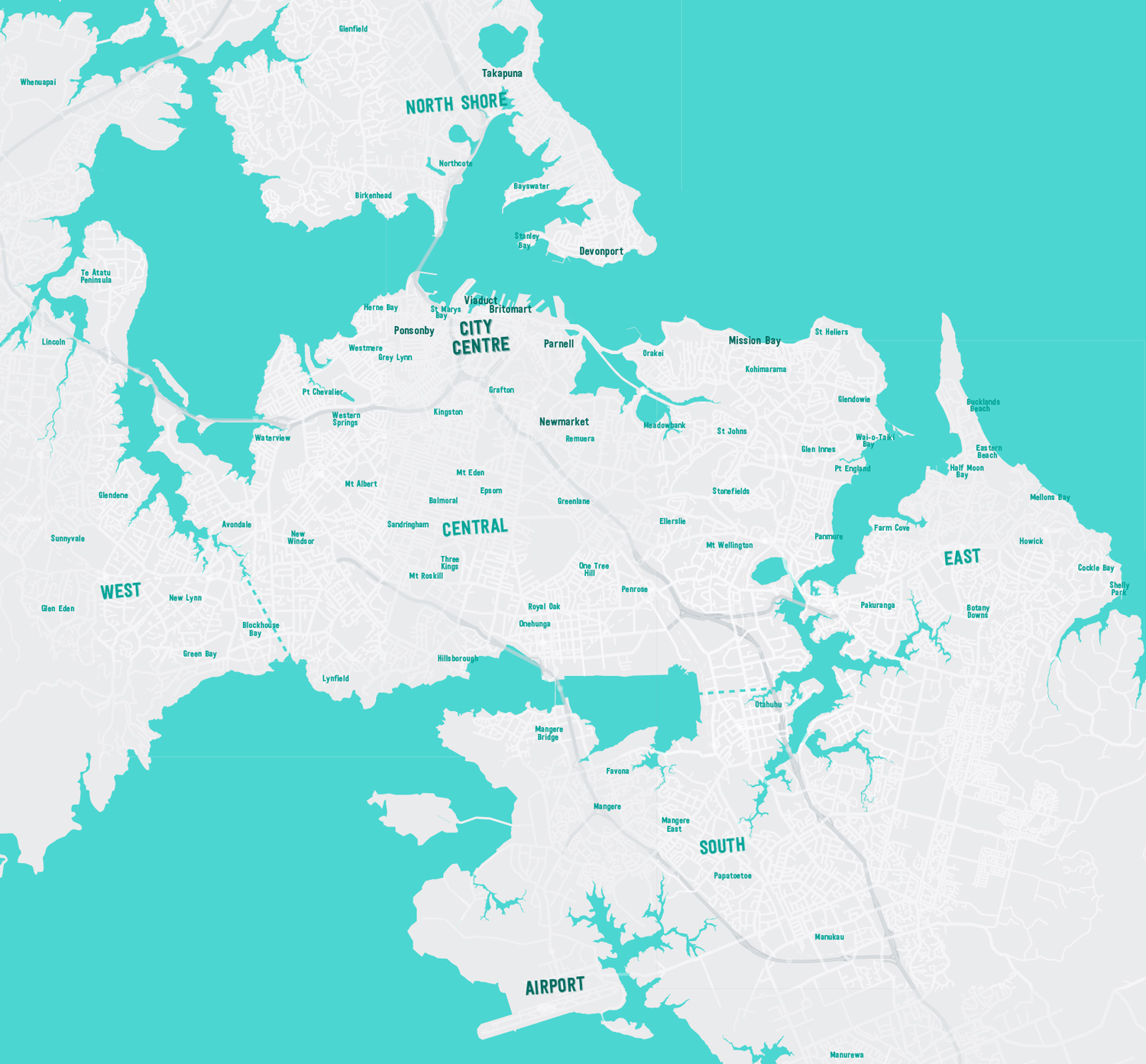 Moving anywhere, the main concerns are money, accommodation and transport

What you can organise before arriving

If you don’t have a car straight away, it’s best to base yourself in the Auckland business district, Britomart and the Viaduct. There are plenty of hostels and hotels in the area. If you want to be somewhere more scenic but requires a car or are patient with public transport, try Takapuna, Devonport or Mission Bay.

It’s always easier if you’ve started the process before arriving in a new country. I’ve always gone through my original bank to see what their overseas connects are. e.g. ASB Bank in New Zealand is connected to CAN Bank in Australia and HSBC Bank in the UK. It can take about 6-8 weeks to set-up and you probably need a chunk of money to transfer straight away.

The main banks in NZ are: 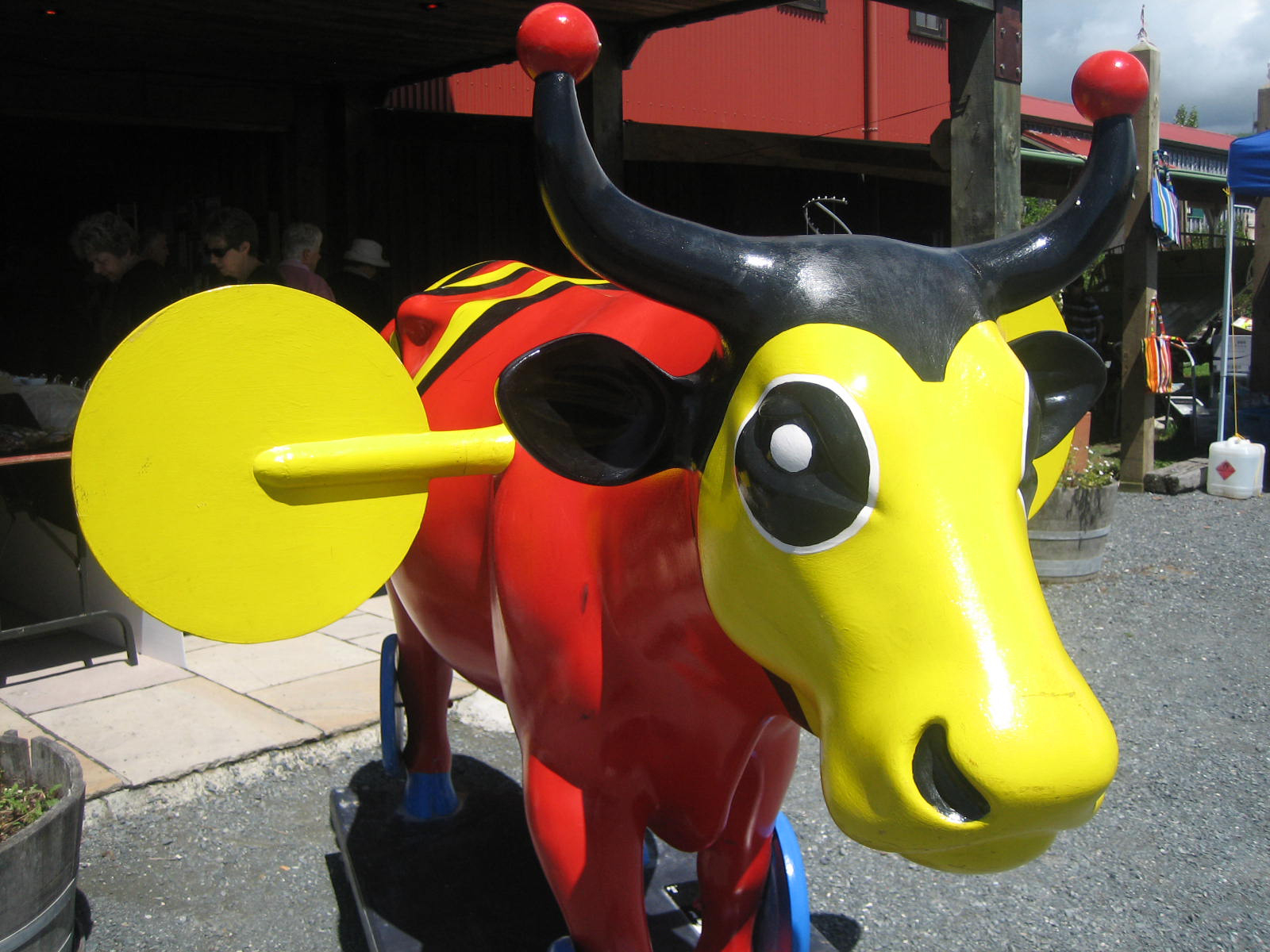 Travelling from the airport

Auckland airport is south of the main city – about 20km away.

The Skybus is the cheapest way to go from the airport to city and they come every 10min at it’s busiest time. $18 to city.

The Super Shuttle is a van with trailer taking multiple people to different locations. Pre-booked. $35 to city.

Taxi’s are painfully expensive from the airport but there are plenty right out the door. All companies are safe. Some are more expensive than others. About $60-80 to city.

Uber is a cheaper option to normal taxi’s but only works if you already have the app on your phone and can get onto the internet. $36-48 to city.

Spark was the main provider for years before Vodafone made an appearance. Now we have third, cheaper option with 2 Degrees. You can buy sim cards at the airport or their stores are at all the main shopping areas. Check your phone is unlocked (from your previous provider). If it is locked, these phone companies will happily unlock it for a charge.

Every person needs a tax number for work. In New Zealand it is call an IRD Number. You need a New Zealand Bank Account before being able to get the number. Go here for the form. 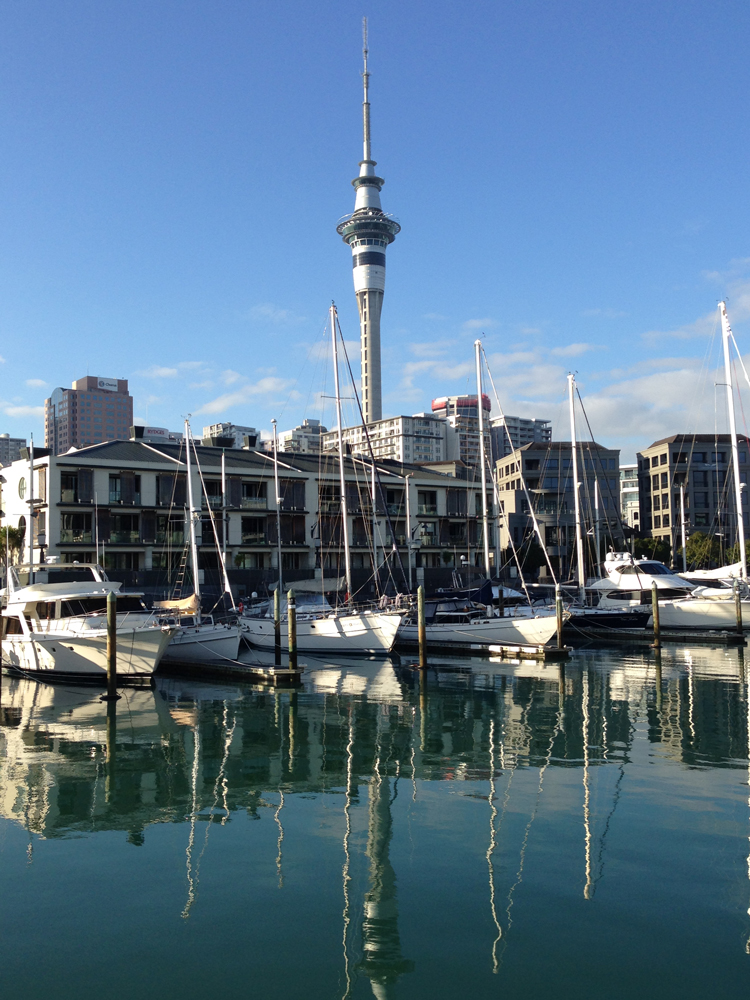 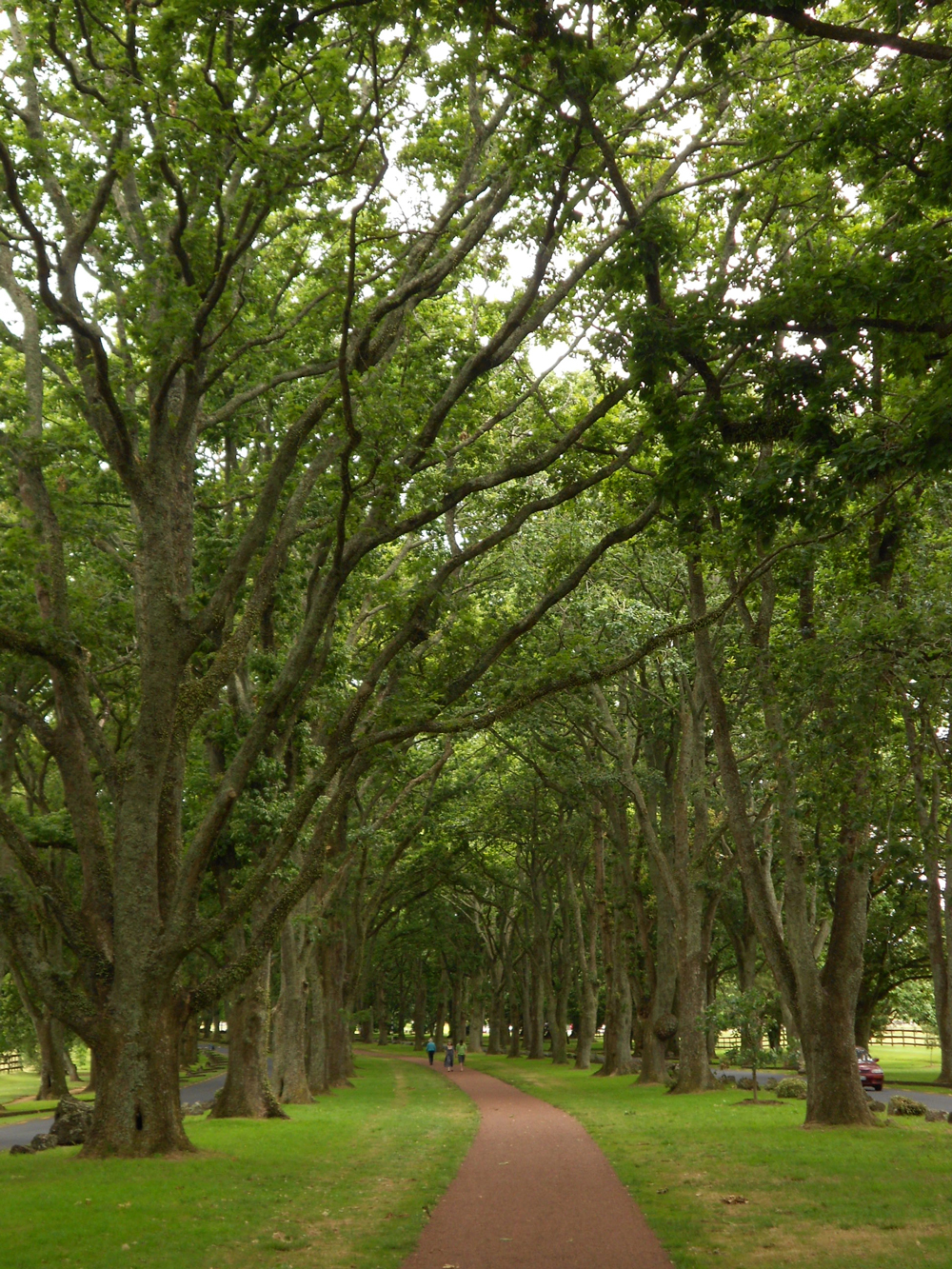 The main site I use to find a room to rent or the whole house is Trademe. If you need help deciding on the right area – I would start central – Grey Lynn, Parnell, Kingsland, Mt Eden are great because there are good shops and transport in the area and it has a bit of a buzz. Or if you want to enjoy the coastal areas – Mission Bay or Takapuna and surrounding areas are pricey but also have a buzz. The further out you go the less rent is, but you pay more on transport, taxi and petrol. 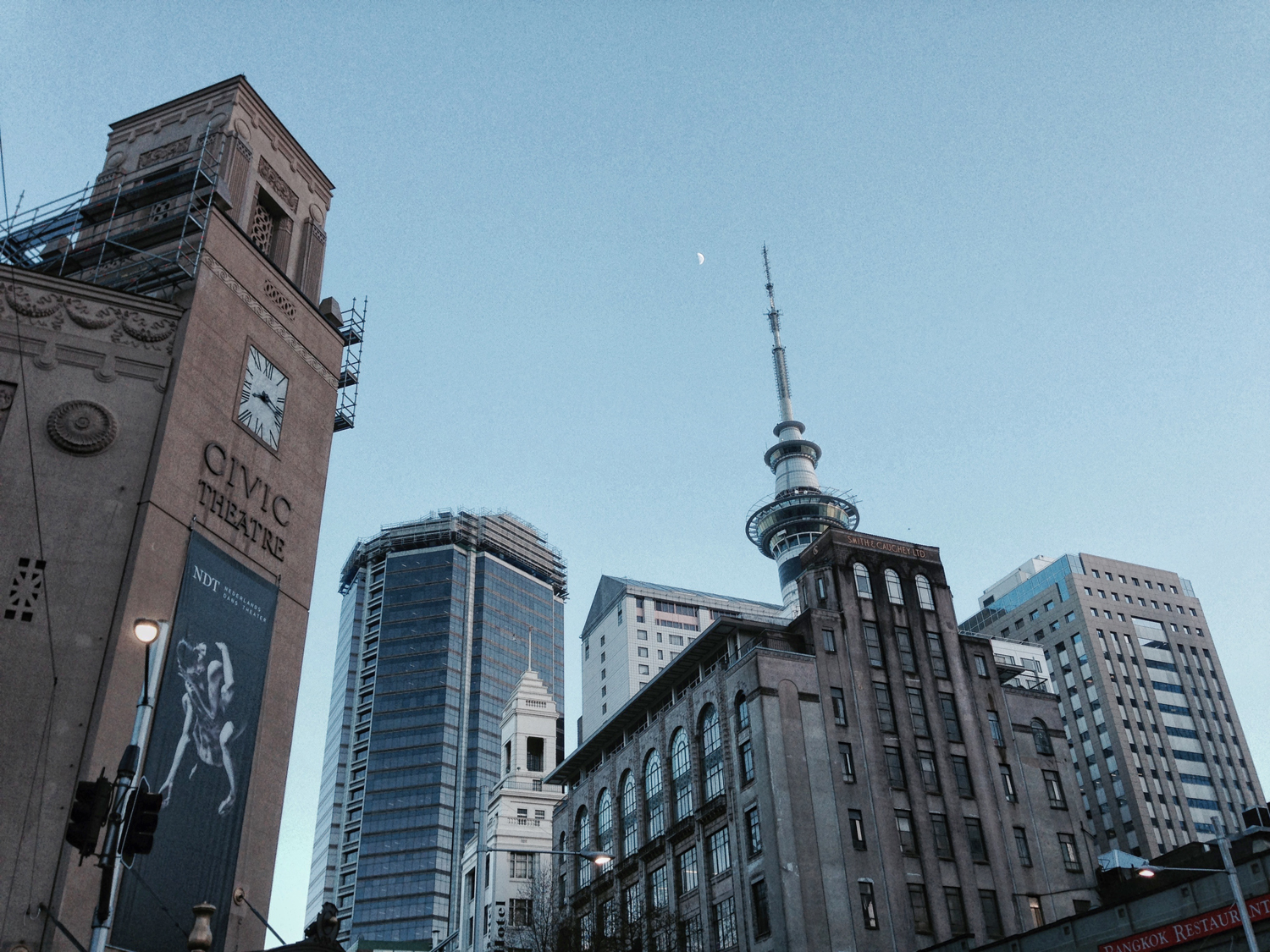 The main shopping area’s are:

Shopping for your new home

New Zealand rarely has a place to rent that includes furniture. If renting a room, you usually just need the bedroom furniture. If renting a whole house, you’ll need everything including a fridge and washing machine. You can rent whiteware items if you’re not sure of how long you’ll want them for. Unfortunately I’ve found homeware expensive compared to other countries, party because we are so far away with shipping costs, partly because we don’t have a large population and we don’t have the big overseas companies like Ikea to keep prices down.

The main supermarkets are Countdown, Pak’n’Save and New World. Countdown is more prolific, Pak’n’Save are cheaper, larger and further out of Auckland and New World are more prolific outside of Auckland. New Zealand is finally starting to get niche food store like Nosh and Farro Fresh specialising in quality food. Four Square are iconic New Zealand shops with the basics. Diary’s are everywhere in the suburb -. they are like corner stores or 7-elevens with the necessary milk, newspaper and snacks.

Nights out in Auckland

Go to this page to find out about Auckland nightlife.

New Zealand have good and friendly doctors and dentists but it’s more expensive than a lot of other countries. I’ve heard of people waiting to visit another country before getting expensive dentistry work done. Doctors prices discourage me from visiting too often – $50 a visit. There are cheaper out there… if you enrol and are a resident it’s $18 at Onehunga Medical Centre. If you need help, Citizens Advice Bureau is a good place to start.

Aucklands public transport is not the best I’ve experienced and most locals have a car. Auckland is very spread out and if you are in a suburb further out, it cost more than parking all day. You can pay for public transport with cash or get a cheaper fare with buying an AT Hop Card online or from AT HOP marked stores.

Auckland relies heavily on buses for travel and they have started putting in bus lanes and bus only roads to try and speed up the trip. Nearly all buses end up in the city centre and the final bus stops are in different locations around Queen St, Britomart and surrounding streets. The closer to town the more regular the buses will be. Some come every 10min and some every 45min.

The Link bus is a central bus that loops around the city centre. It has 3 main routes with the Green Inner Link going to the main spots in Auckland – a great way to get a feel for the city. 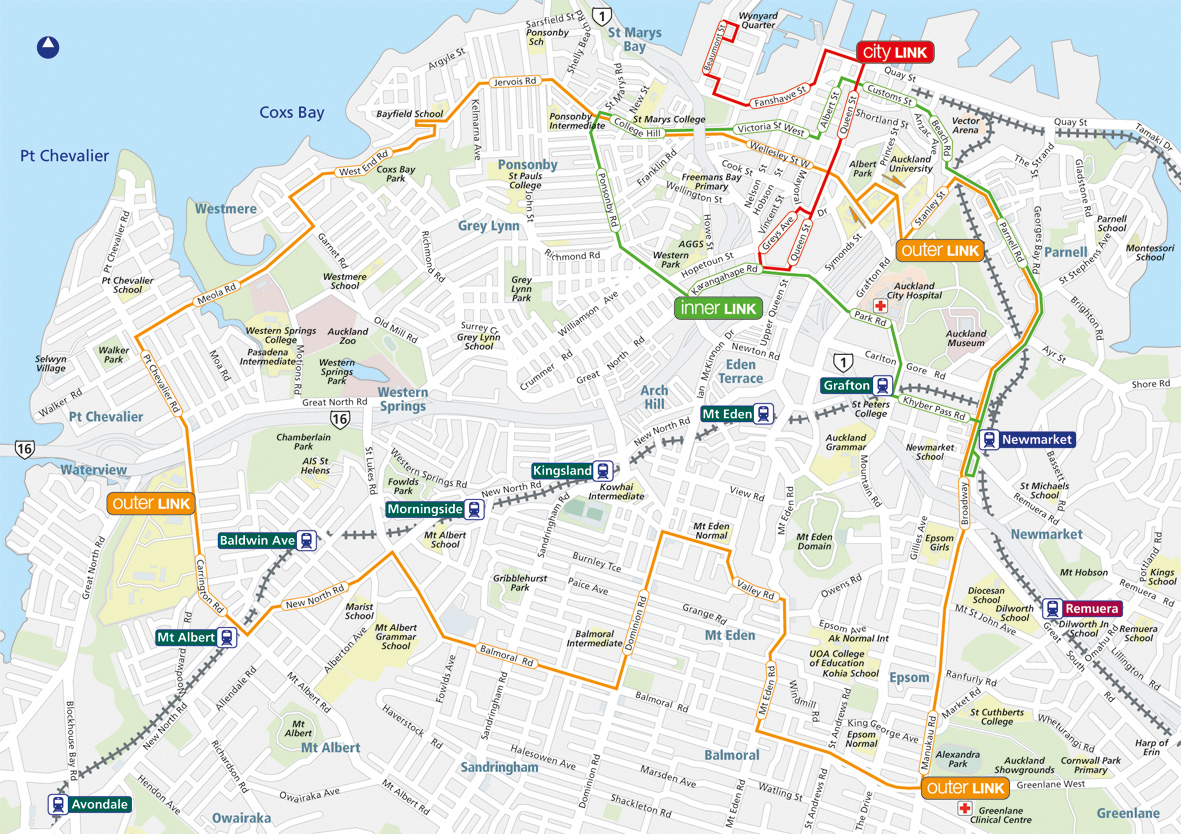 Trains are slowly improving with the main train hub, Britomart, built in 2003. Auckland’s adding new routes and stations and it will be interesting to see how the trains improve in the future. It’s best to know the train timetable beforehand, as I’ve had a 40min wait in the past and realised it was faster to walk! I personally find I’m never living in the right area to use the train regularly.

Auckland is known as the city of sails, we have plenty of water! I’ve only ever used ferry’s for scenic outings to Devonport (also drivable), Rangitoto or Waiheke Island. Ferry commuters are usually from the closer stops like Devonport or Birkenhead. The ferries leave from the iconic brick building at 99 Quay St.

Driving in New Zealand is easy compared to other countries I’ve driven in. You drive on the left, there are roundabouts and you zip or merge when joining the motorway. No tricky left-hook turns like Melbourne! Parts of New Zealand have winding roads with sharp corner. The main highway becomes 1 lane after leaving Auckland with plenty of passing lanes. Our roads can be a little bumpy in patches, partly from lack of population for upkeep, trucks transporting good and wet winter weather. Overseas licences are fine to use for 12 months, then you can convert to a New Zealand license. If it’s not in English, it would be best to investigate further. New Zealand has had a few nasty accidents involving overseas drivers – check this page for our road rules. There is a lot of traffic on the way to and from work – if you are thinking of moving out of the central area – it is best to check the morning drive to work first.

Car/campervan hire in New Zealand is as expensive as most first world countries. You can pick-up from the airport or city centre. A website to compare car/campervan price is VroomVrommVroom. The main car companies are the usual – Avis, Budget, Europcar, Herz and Trifty. Hostels might have cheaper options advertised and Rent a Dent is a good alternative. Some of the campervan/motorhome companies are Juicy, Maui and Britz.

The main websites to buy a car are Trademe and Autobase. There are more Japanese imports than European and it’s cheaper to fix a Japanese car as there are more parts in the country. New Zealanders regularly grumble about the price of petrol… the down side of being so far away from other countries. Not quite the 35c per litre like in Iran! It’s a good idea to get the AA or a mechanic to check the car before purchasing.

I hope this has been helpful and plan to keep improving it! I would love to hear of your experience settling in. What was your most challenging time?

Are you from New Zealand? Do you agree with my tips? Any others you would add?

Lighthouses, Wind & Snow in the Wairarapa